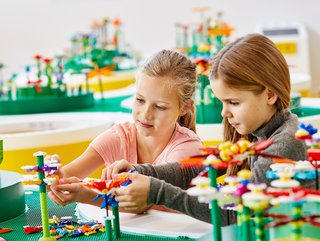 Credit: © LEGO House
LEGO, Barbie and The Sims have evolved over the years to cater to children and adults from all walks of life

In a world that’s striving to be more equal and inclusive, it’s important to showcase diverse representation through creative play. These three companies have made it their mission to create products that appeal to everyone and anyone – here’s how they’ve done it.

The LEGO Group
Everyone’s favourite childhood toy has made it their mission to broaden the definition of diversity, from gender, ethnicity and background to other dimensions such as lifestyle and family responsibilities, to create a diverse organisation that inspires every child.

To continue proving that ‘Everyone is Awesome”, LEGO have introduced a number of initiatives to increase inclusivity, such as introducing Braille, encouraging more girls to build with lego and by celebrating the LGBTQIA+ community, by launching colourful monochrome minifigures.

The Sims
The Sims have been pioneering diversity and inclusivity for nearly a decade, giving players the power to create characters outside the gender binary.

Anyone who is familiar with The Sims will know the excitement that new expansion packs spark – and of course, developers have placed great emphasis on these to drive equality and inclusion. For example, each expansion pack will offer players a new dimension of choice, from clothing to cultural choices, including Diwali and Day of the Dead, as well as Caribbean, Polynesian, and Muslim details.

Pre-made Sims are also becoming more inclusive, too. Julia Wright is a plus-size Sim that is the protagonist of the trailer and Dela Ostrow and Mia Hayes, a pre-made lesbian couple.