75% of women with dependent children are in employment 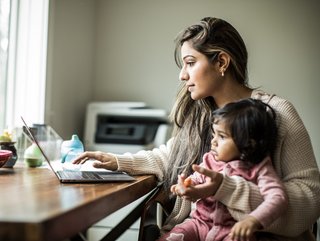 “It is great news that the proportion of mothers in the workplace is rising and a clear sign that we are modernising our employment practises to make it easier for women to return to the labour market after childbirth,” said Andrew Mobberley, Head of Sales at Broadstone, a leading independent pensions and employee benefits consultancy.

“However, there is still a clear gender imbalance in the total workload that mothers are bearing once they return to the workforce,” Andrew continued. “Mothers are typically spending more than an hour and a half every day on household chores and unpaid childcare than fathers.

“Despite a third of mothers having special working arrangements, a higher proportion than fathers, the extra burden of unpaid housework and childcare is clearly likely to take its toll on their professional and personal lives.”

Although the data shows that there are more women with dependent children than ever in employment, women still face a number of barriers when returning to work after having a child.

Andrew says: “Becoming a parent fundamentally changes how people view their working lives and it is crucial that employers recognise this. Taking steps like increasing flexibility of hours, working from home or implementing term-time hours to support parents deal with their childcare arrangements are important.

“Employers can go even further to support their staff too, like offering working parents emergency childcare help should a sudden, unexpected need arise. We are also seeing some employers looking at on- and off-site summer camps to support parents or partnering with third-parties to make it easier and less stressful for mothers and fathers to find these resources themselves.”