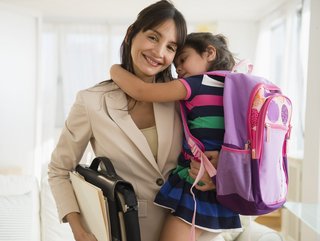 Credit: Getty Images
As 4 Day Week Global’s six-month trial has reached its halfway point, we look at how businesses have responded and how it can promote gender equality

4 Day Week Global is currently halfway through running a six-month trial of four-day work weeks in the UK, and so far, it’s been a preliminary success.

“The organisations in the United Kingdom pilot are contributing real-time data and knowledge that are worth their weight in gold,” 4 Day Week Global CEO Joe O’Connor says. “Essentially, they are laying the foundation for the future of work by putting a four-day week into practice, across every size of business and nearly every sector, and telling us exactly what they are finding as they go.

“We are learning that for many it is a fairly smooth transition and for some there are some understandable hurdles – especially among those which have comparatively fixed or inflexible practices, systems, or cultures which date back well into the last century.”

The trial, which began in June 2022, is run by 4 Day Week Global, the think tank Autonomy, the 4 Day Week UK Campaign and researchers at Cambridge University, Boston College and Oxford University. Companies involved in the study include Helping Hands, Royal Society of Biology, Pressure Drop Brewing, Trio Media and MOX, to name a few.

Of the 3,300 employees taking part – spanning 72 companies – each receives one extra day off per week between Monday and Friday. So far, 41 companies have responded to the questionnaire sent out by 4 Day Week Global – 35 shared that they were “likely” or “very likely” to continue with four-day work weeks once the pilot ends.

In addition, 15% of respondents say their business productivity has ‘improved significantly, 34% report that it has ‘improved slightly’ and 46% say it ‘maintained around the same level’.

Sharon Platts, Chief People Officer for Outcomes First Group – a business participating in the study – said: “The four-day week [pilot] has been transformational for us so far. We've been delighted to see productivity and output increase and have also been able to make it work in our education and care services, which we thought would be far more challenging. While it's still early days, our confidence in continuing beyond the trial is growing and the impact on colleague wellbeing has been palpable."

According to the World Economic Forum, four-day working weeks could see a “huge win for  gender equality” as it will allow women with families to have increased flexibility.

“The four-day week can promote gender equality by giving workers the chance to have a better work-life balance,”  Holly Hendrie, project officer at UK Youth says. Working four rather than five days for example means that it is easier to juggle childcare issues with work and can promote more women to work, as men can also have the chance to look after children on their day off.

“I think one of the less known benefits of the four-day week is its effect on the local economy and climate. By giving workers an extra day off, this can be spent in local green spaces and supporting local businesses whilst also helping to reduce energy and fuel consumption.