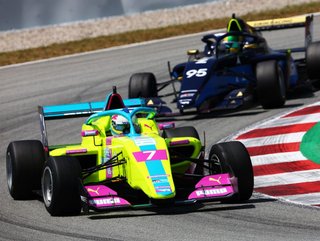 Men have always dominated the motorsport industry, even though it is one of the few sports permitting men and women to compete as equals. So much so that only five women have entered Formula 1 races in history.

However, the industry is seeing numerous new initiatives encouraging women to join the sector. French car manufacturer Alpine is the latest to launch a programme, with the aim of discovering a competitive female Formula 1 driver within eight years.

Alpine launched the programme as part of a wider spread diversity programme across F1 teams, in a bid to “debunk the myths” around women in motorsports.

The team will give girls and boys as young as 10 the same opportunity to pursue a career in the motorsports industry, supporting them up to F1. After sharing that the first few girls have been identified and will soon start training, Alpine CEO Laurent Rossi described the programme as “a long path - eight years' programme - starting now.”

"The idea is: 'Let's take everything from the beginning and make sure we build the path, in the same way we built the path for men.' I am convinced that in doing so we will multiply the probability of women achieving."

Although encouraging more women to get in the driving seat is a big focus for F1, it is only one aspect of the wider diversity initiative.

“F1 is the emerging part, the visible tip of the iceberg,” Laurent said. “For me, as a CEO, cynically speaking, it is about increasing the talent pool I am tapping into.

“At the moment, it is just like I am addressing 50% of the talent pool and women usually don't think of the automotive industry in general or F1 in particular as an avenue for their career. And that's wrong. In doing so, I deprive myself and Alpine and the Renault Group of half the talent and more than reasonable chances to succeed.”

Soon, Laurent hopes that Alpine will announce that women make up half of its executive committee.

The programme focuses on gender, rather than other marginalised groups, such as ethnicity or race. When asked why, Claire Mesnier, Alpine vice-president of human resources said: “Women are the biggest unexplored talent pool in the motorsport and automotive industry.

"Secondly, if we spread too thin, we won't achieve anything, so at Alpine we decided to focus the inclusion programme on women and social diversity. It is all about meritocracy and performance - we need to get the best talent where they are.”

How will the programme provide accurate training?

To ensure future drivers are receiving the correct training and education, current Alpine F1 drivers Fernando Alonso and Esteban Ocon will undergo psychological and physiological assessments to demonstrate the desired characteristics of drivers.

The physical, cognitive and emotional requirements of what it takes to be an F1 driver will be assessed, in partnership with academic bodies including the Paris Brain Institute.