Buti yoga: What is it and why we tried it 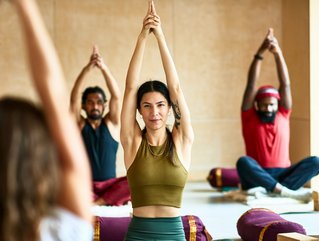 Credit: Getty Images/10'000 Hours
Fitness enthusiast and March8 Editor in Chief Lucy Buchholz, hit the gym studio to put her yoga skills to the test, by trying this intense workout

If you’re a yoga lover (like me), but you’re keen to make your time on the mat a little more intense, then you need to try Buti yoga. Fun, fast-paced and dynamic, Buti yoga combines tribal dance and plyometrics with traditional yoga moves – so you’re guaranteed to demonstrate your downward dog and pigeon pose.

What is Buti yoga?

Buti yoga is not for the faint of heart. Anyone who attends a class should expect to SWEAT. So much so that the Los Angeles Times has reported that one 75-minute class could burn between 800 to 1,000 calories.

Created by celebrity trainer Bizzie Gold, Buti yoga is a body-sculpting practice that’s designed to give you a tough workout, while still enjoying the key elements of traditional yoga.

Each cardio-intense class promises loud music and exaggerated yoga moves, performed in an explosive manner. Although you can expect to be pushed to your limits, Buti yoga is suitable for all abilities – you just have to find and respect your limits.

What are the benefits?

How I found Buti yoga

To put it simply, my muscles are still aching – and I took the class four days ago.

When I first walked into the studio, I found the complete opposite of what I’d usually expect from a yoga class. The lights were dimmed and music was loud – very loud.

We started off with a few box breaths – easy. Each inhale, hold and exhale was perfectly timed to the rhythm, which set a precedent for the rest of the class. But the overall tempo quickly increased, as we were placed in popular yoga poses; from the warrior to the triangle pose and the classic plank to the thread needle pose.

Although I was an absolute Buti yoga novice, I found it easy to keep up with the movements. Of course, there were a couple of times where I was looking blankly at the instructor, trying to find the rhythm, but as many of the movements are repetitive, it wasn't too difficult to catch up.

Throughout the 60-minute class, we tackled every area of the body, so it gave a complete full-body workout. As with most yoga classes, it was inclusive and accommodated to all abilities. We were encouraged to only bend and stretch in positions which we found comfortable, but honestly, the real strain came from repeating the same movements.

By the end of the class, the studio had a fantastic buzz. The room was filled with energy, everyone had sweat dripping from their foreheads and wide smiles across their faces.

It’s safe to say that I will definitely be attending the same class next week, and that I would thoroughly recommend Buti yoga to anyone who wants a cardio-based workout, which is fun and has the benefits of classic yoga.