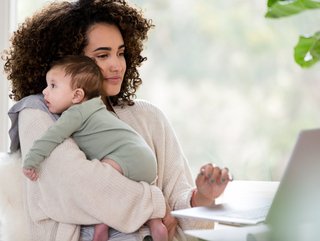 The UK has the second most expensive childcare system in the world and the third worst-ranked maternity pay in Europe, according to March for Mummies.

As a result, parents in England can expect to see 65% of their wages go towards full-time nursery, according to the Coram family and childcare survey results and National Statistics (ONS) income data.

Parents in the East of England and inner London spend the greatest amount on childcare, giving 71% of their monthly earnings to nurseries. However, Blackpool came close in second place, with parents paying 69% of their weekly take-home pay.

Wales saw a marginal improvement to England, with 62% of weekly wages being spent on childcare, and Scottish parents usually pay half of one parent’s salary on childcare.

As a result, the number of women leaving the workplace to look after their children has increased by 5%, the first sustained increase in the last 30 years, according to figures from ONS.

Women are being pushed into debt

As more women are being driven out of the workplace to avoid childcare costs, research suggests that more mothers are falling into debt while trying to cover the increased cost of living. One in 10 women surveyed on workingmums.co.uk shared that they are £20,000 or more in debt, while 49% stated that they were in some kind of debt, not including their mortgage.

“Childcare costs on top of rising household bills are putting working parents, particularly women, in a very difficult position,” says Katy Neep, the gender director at Business in the Community. “Many working women are having to decide whether working is even worth it when they look at what is left in their bank accounts after paying for childcare.”

Women in 11 cities across the UK will be campaigning on 29 October through the March for Mummies initiative. With the aim to create more affordable childcare options, increase flexible working hours and achieve proper parental leave for both parents, the march expects to see more than 10,000 working mothers joining the protest.

In a bid to seek better support from the government, the event states: “Childcare providers are falling like dominos, mothers are dropping out of the workforce in droves, the gender pay gap increased in 2021, and more families are now living in poverty. Have you had enough yet? These are political choices made by our Government and the only way we make them listen is if we organise.”