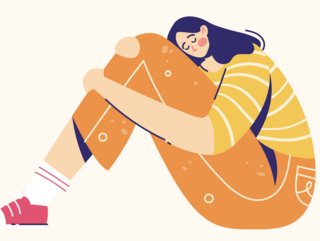 Women account for 47.7% of the global workforce, yet still, there are many silent barriers that we face everyday. Although it’s commonly known that women face a great amount of adversity, health concerns should not be one of them.

The first topic to touch upon is periods, formally known as menstruation. Anyone who has ever found their bag empty on that day of the month will know the sheer inconvenience and dread that rushes through the body. Asking for a tampon feels like an elite game of Chinese whispers, as the message spreads from woman to woman until a winner is found. And then, there’s the mission of tactfully receiving it without arousing suspicion from those who find monthly bleeds uncomfortable, embarrassing or, dare I say it, disgusting.

Slowly, the idea that women are impure, dirty, or sinful while menstruating is fading – but, when considering that 26% of the global population experience periods for two-to-seven days a month, it’s hard to understand how it became a taboo topic in the first place.

Some countries are trying. Spain made headlines in May this year for becoming the first Western country to offer unlimited menstrual leave to women who can provide a doctor’s note. A grand gesture, but a poor performance in comparison to Indonesia, which passed a law in 2003 to give women the right to two days of paid menstrual leave per month, without the need for prior notice. But Japan can top even that: in 1947, a law was passed instructing companies to grant menstrual leave for as long as a woman needs, if requested. Although the cynics out there may be rolling their eyes, a survey of 6,000 companies found that just 0.9% of eligible workers had taken leave.

Endometriosis in the workplace

So now we move on to a disease that is often inaccurately labelled a ‘bad period’. Typically the most debilitating of women’s issues, endometriosis is woefully misunderstood by both the medical community and wider society at large. It’s a condition where cells – similar to those lining the womb – are found elsewhere in the body, usually within the pelvic cavity. Each month, these cells react to the menstrual cycle in the same way as those in the womb, building up before then breaking down and bleeding. Unlike the cells in the womb that leave the body as a period, though, this blood has no way to escape.

Although this is an issue that affects approximately 1 in 10 women, it’s largely overlooked in the workplace. So much so, that a 2020 study found that 75.2% of patients reported being misdiagnosed with another physical health issue, a mental health problem, or both before they received an endometriosis diagnosis. Often, women have to endure an average 8.5-year-long wait before receiving a diagnosis, with some waiting much longer.

“Endometriosis affects everyone differently – some may need time off work or other support to deal with the symptoms, others may not,” Faye explains. “Those experiencing endometriosis symptoms that impact their ability to work deserve to be given support, just like anyone with any other chronic condition would expect to receive. Unfortunately, the lack of public understanding of endometriosis means that many employers do not provide the support or flexibility needed to enable those with the disease to fulfil their potential.”

“Among the organisations that have become EFEs are law firms, media organisations, banks, police forces, and more,” says Faye. “We believe it’s important to show employees with endometriosis that they are valued and can expect support. Individuals also need to know that it’s okay to be open about their health, that they can create a trusting, supportive culture, and a more engaged and effective workforce – as well as ensuring that those with endometriosis can thrive.”

On the other side of the globe, the Australian government has also been celebrated for contributing AU$58mn in funding to help improve access to diagnosis, treatment and care for individuals who have endometriosis. The sum will be added to the National Action Plan launched in 2018, which has already totalled AU$22.5mn. Former Australian Prime Minister Scott Morrison described the fund as a "welcome relief and support" for Australians with endometriosis, after sharing that his wife suffers from the disease.

Menopause in the workplace

In some ways, menopause can be viewed as the aunty of menstration, and even a distant cousin of endometriosis. And despite most women that have periods ‘huffing and puffing’ over them, things can get even more challenging when our bodies change and we begin menopause.

Hot flushes, night sweats, low moods, anxiety and problems with memory and concentration – these are just a few of the symptoms that can affect us when our time comes. And those used to a busy business environment will easily be able to understand how these symptoms can impact a woman’s professional career.

In fact, 10% of women shared that they left their job because of menopausal symptoms, 14% had reduced their hours and 8% of women expressed that symptoms had deterred them from applying for promotion, according to The Menopause in the Workplace report. What’s more, 44% of polled women shared that menopause symptoms affected their ability to work, 61% felt that symptoms caused them to lose motivation to work and 52% had lost confidence.

Although these statistics may have you shaking your head, the worst is yet to come. A whopping 41% of women had seen either the menopause or menopause symptoms being treated as a joke by peers at work. Why is this the most shocking stat? Well, because it’s a direct reflection of the cause behind previous statistics, while also demonstrating the adversity that every working woman, at some point, will face.

“Menopause and the symptoms associated with it are still seen as taboo,” says Haley White, menopause trainer and consultant at Menopause Experts Group. “There’s an assumption that the menopause only happens to older women, when in fact, menopause can happen at any age.”

“Employers have a responsibility for the health and safety of their employees. The number of tribunals citing menopause has tripled, yet staff training and the right policies are still lacking,” Haley adds. “Employers and managers need to realise that this is not something that is going to go away or that can ‘be fixed’. It’s something that every woman goes through, and it affects all of us – including men.

“The more we talk openly about this, the less embarrassing it becomes. Organisations should start with training for both male and female line managers, run sessions that allow and encourage women to share their experiences, as well as having menopause policies in place. Organisations need to remember that this is not a box-ticking exercise – women’s health issues need to be taken seriously and embedded at all levels throughout the organisation.”

Similar to endometriosis, though, increased exposure is leading some countries and workplaces to pioneer change – it just isn’t enough. In the UK, Wellbeing of Women reported over 600 signatories have signed the Menopause Workplace Pledge, in a bid to make necessary changes to support women with menopausal symptoms.

Australians are calling on the government and organisations to increase support, with a few companies leading the way, such as Future Super and Modibodi, which have introduced menopause policies.

Likewise, across the Pacific in the US, there are a number of organisations focused on supporting women’s health issues, such as Evernow. Evernow’s primary mission is to build a new way of delivering healthcare based on science, innovation, and women’s lived experiences.

Change is happening – but not at a quick enough pace. Rather than seeing women’s health issues, such as endometriosis and menopause as a female problem, employers need to understand that they impact the enitre business.

“Workplaces need to remove the taboo and any barriers around the subjects – staff training is key,” Haley adds. “It’s wonderful that we have seen a huge rise in the wellbeing and mental health support in the workplaces, but employers need to start taking women’s health issues just as seriously. After all, the two are linked.”

Once the perspective on these topics change, we can only hope that women will receive the support they deserve, making them less inclined to cut their careers short.