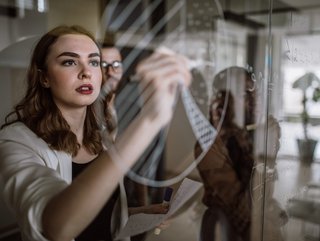 Female physics students perform just as well, and in some cases, better than male students, according to a study conducted by Texas A&M University.

For the study, researchers gathered data from 10,000 students over a 10 year period, all of whom had taken introductory physics courses. The student’s exam results were analysed, to find that there was no evidence that males outperform females, indicating no association between student gender and overall performance, contradicting the stereotype that physics is a subject for males.

“Our study also provides new knowledge regarding whether statistically significant differences based on gender occurred on each exam for four introductory physics courses as the semesters were progressing — an area that has not previously been studied, at least not for such a large data set and over a long period of time. When differences in final letter grades for a course were observed, there were no persistent differences across that course’s exams,” Dr. Erukhimova continues.

How does the data show progression?

“We believe that all students should have equal opportunities and chances for success in physics,” Dr. Erukhimova adds. “The results of this work may help with fighting the gender stereotype threat that negatively impacts so many female students.

“By contributing to the body of knowledge about how gender relates to student performance, we hope that our work, which would not have been possible without our colleagues’ data, can be another step in dismantling the preconceived notion of a societal bias based on gender in physics.”

Although the study shows progress, it does have its limitations. For example, all data was collected by faculty members, it only included an introductory course and it didn’t take outside factors into account that could have affected student’s performance. To counter this, Dr. Erukhimova hopes to incorporate SAT/ACT scores with their data to determine the effect of preparation on the results from this study.