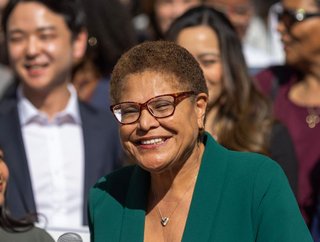 Karen Bass became the first female mayor of Los Angeles, California, after being sworn in by Vice-President Kamala Harris. She pledged that her first act as mayor is to tackle homelessness.

"Making history with each of you today is a monumental moment in my life and in Los Angeles," Ms Bass shared. “If we are going to bring Angelenos inside and move our city in a new direction, we must have a single strategy to unite our city and county and engage the state, the federal government, the private sector and every other stakeholder.”

The Cambridge Dictionary has updated its definition of “woman” to become more inclusive. The definition now encompasses anyone who “identifies as female” regardless of their sex at birth.

Dr Jane Hamlin, the president of the Beaumont Society, shared: “This is such good news. There has been so much misinformation and rubbish written about definitions of ‘man’ and ‘woman’ lately, but these definitions are clear, concise and correct. Congratulations to the Cambridge Dictionary team!”

The Wall Street Journal has named Emma Tucker as the new editor-in-chief. Emma will succeed Matt Murray, becoming the first woman to lead the business newspaper in its history.

“As a long-time admirer and reader of the brilliant journalism of The Wall Street Journal, it is my honour to edit this great newspaper,” Emma said.