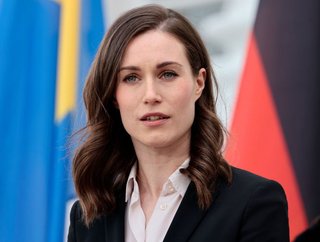 Credit: Getty Images/Hannibal Hanschke
We celebrate how Finland now offers 160 days of parental leave to both parents, the first female adviser to the Grand Imam and a 10-year-old author

Finland has announced that both parents will be given 160 days of parental leave each, with the possibility to transfer 63 days to the child’s primary caregiver. The main objective of the law is to achieve greater gender equality, so childcare responsibilities do not fall on just one parent.

“Workplaces play a key role in what the general attitude is towards parents, and particularly men, taking family leave. I hope that the reform will encourage fathers to take family leave and employers to support men in doing so. The reform will also help to reduce the gender pay gap,” said Minister of Employment Tuula Haatainen.

Egypt's Al-Azhar has appointed Dr Nahla Al-Saeedy as an adviser to the institution's Grand Imam, Sheikh Ahmed El-Tayeb. In doing so, Dr Nahla has made history by becoming the first woman to hold the position in the institution’s 1,000-year history.

Stacey Woodson and her 10-year-old daughter Paige have written a children’s book, Grow. Eat. Repeat. A Love Letter to Black-Eyed Peas. The book looks at the beauty of Black culture by displaying the relationship between generations of family, Black history and their garden.

The mother-daughter duo – who both love yoga, nature and gardening – said: “We will never have to worry about going hungry as long as we grow our own food.”