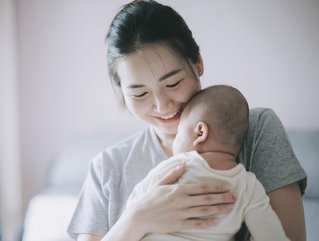 This week, we’re celebrating a woman who wrote more than 1,000 bios for women in STEM, Singapore Airlines' new maternity policy and a 900-mile swim

London-based physicist Jessica Wade has been recognised for writing more than 1,600 Wikipedia bios, to elevate female scientists and to encourage more girls to pursue careers in STEM.

“People assume girls don’t choose science because they’re not inspired,” Jessica explains. “Girls are already interested. It’s more about making students aware of the different careers in science and getting parents and teachers on board.”

“I genuinely believe that science is better when it’s done by diverse teams. It’s also important because we’re designing new technologies or new scientific solutions to global problems. We want the teams of people creating them to reflect the societies that they’re serving,” she adds.

Singapore Airlines previously terminated the contracts of pregnant cabin crew once they were with child, however, the airline has now changed the policy. The cabin crew will now be placed on 16 weeks of maternity leave after giving birth, before being added back to the roster.

“It was discriminatory and sexist,” Corinna Lim, executive director of the Singapore-based Association of Women for Action and Research (Aware). “We are surprised that SIA continued the practice for as long as it did, especially since it had been publicly questioned, by Aware and others, when it first came to our attention in 2010.”

“This may range between a minimum of three months to nine months. These cabin crew will resume their flying duties at the end of their maternity leave.

Jasmine Harrison has become the first woman to swim the entire length of the UK, from Land’s End to John O'Groats. The 23-year-old completed the 900-mile (1,448km) swim passing a shark, whales and jellyfish along the way.

She said: “From the moment I first dived into the water to finally reaching dry land again, this has been a truly epic experience. From all the jellyfish to the constant cold and chafing from my wetsuit, it's been really tough, but at the time it was also incredibly rewarding.

“This challenge has further inspired me to work with organisations driven by protecting the environment and I hope too that by doing this I have inspired others and shown that when you put your mind to something, anything is possible and you can overcome any obstacles that are put in your way.”