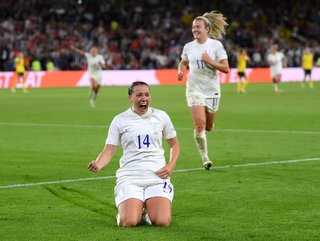 England’s Lionesses will face Germany in the final of the Women’s Euros 2022, which will take place at Wembley Stadium, London on Sunday 31st July. England made the finals by beating Sweden 4-0, and Germany won 2-1 against France.

“We want to inspire the nation. I think that's what we're doing,” said head coach Sarina Wiegman. “And we want to make a difference, so we hope that we get everyone so enthusiastic and that at the end the whole country is proud of us and that even more girls and boys will start playing football.”

Stories to be told

In 2020, Serlina Boyd launched two magazines, Cocoa Girl and Cocoa Boy, for Black children in the UK. After seeing much success, Serlina is launching the UK’s first journalism college for Black children, as Black journalists account for just 0.2% of UK newsrooms.

“We have so many stories which have never been told,” Serlina says. “Our Black inventors’ issue was so powerful and emotional at the same time – to think that there’s things that we take for granted which were made by Black people that you’ve never heard of. We are more than just here – Black people have contributed to society in so many ways that are never discussed.”

Caroline Kennedy, daughter of assassinated President John F. Kennedy, called out a Seven News male journalist for speaking over his female colleague during a press conference. Caroline has recently been appointed to take the role as US ambassador to Australia and was being interviewed by local journalists at a press conference.

“Did you just talk over the woman?” Caroline asked the journalist, before laughing, and continuing: “Okay well she had started.”