How Coca-Cola is helping women break the glass ceiling 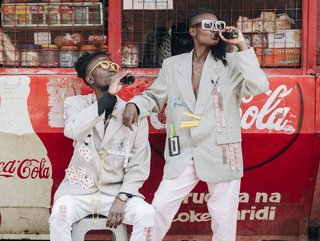 Credit: Breston Kenya
Although we have 132 years until gender parity is achieved, the Coca-Cola System’s social impact initiative DEI is creating more opportunities for women

Across the globe, women are still struggling to reach parity, with the recent finding from The World Economic Forum’s (WEF) Global Gender Gap Report 2022 stating that we will still have to wait 132 years before complete parity is reached.

However, some countries are closing the gap more successfully than others.

Nigeria is just one of the counties that is struggling to break the career glass ceiling for women, with the National Bureau of Statistics (NBS) sharing that Nigerian women do not enjoy equal access with men in decision making and power sharing.

However, as the population of Nigeria consists of 50% women, there is an urgent need to tackle with discrimination that women in the workplace face – Coca-Cola is one of the countries helping to do so.

Corporates in Africa converged at the ‘2022 Break the Ceiling Touch the Sky® list of Africa’s Most Inspirational Women’ in leadership event, where the Coca-Cola System’s social impact initiative, Diversity, Equity and Inclusion (DEI) was showcased.

Roles were ‘too masculine’ for women

Phillipine Mtikitiki, Vice President, South Africa Franchise, the Coca-Cola Company, shared her experience in the company, expressing that it allowed her to explore personal growth and optimism that she will be able to rise through the ranks.

She mentions that when she started at Coca-Cola, she was the only woman, and many roles were seen to be ‘masculine’, deeming females unable to fulfil them. Yet thanks to the social impact initiative, the company has seen progression.

Phillipine says: “Some roles were perceived to be too masculine for women. Fortunately, there are many women in such positions today, including sales, marketing and supply chain, doing excellent work.”

She highlights two major factors implemented by the Coca-Cola company that have helped her reach professional success. “First and foremost, the company’s mission was congruent with my personal mission of making a difference. And having got to where I am, it’s now about how to use your current position to be a voice for what you believe in, in my opinion. I am adamant that we should empower the continent’s women and youth because there are so many of them.

“The second aspect that interests me is the mantra of the organisation which focuses on doing business the right way. As an organisation, we are extremely concerned with sustainability. We recently launched JAMII, which is a sustainability platform. We deploy this platform to orchestrate, coordinate, and drive our sustainability agenda.

“As a result, we are focusing on water and waste management, as well as empowering women and youth. This is a true passion for me, and it still speaks to me today.”

As Nigeria has seen an increase in women’s career progression, Alfred Olajide, Managing Director/Vice President of Coca-Cola Nigeria, shares how he finds the increase to be inspirational. “I have come to realise that women are equally ambitious, if not more than men. But in a number of cases, people get held back due to lack of confidence that they can succeed in the bigger challenges they foresee,” says Alfred. “In some instances, I have found people settling for roles that they have a higher level of capability for.

“In some instances, we’ve noticed that some women find it difficult to take risks; there is always this second-guessing whether they can do it or not. I think more women should build their self-confidence in the skills and values they bring and trust their abilities to do the job.

“The period where I have accelerated most in my capability, many of them, was when I had female leaders. These are the things I have experienced myself and I believe that the confidence and belief to go for it will go a long way and make a big difference on this journey.”