How she got there: ITN’s Rachel Corp 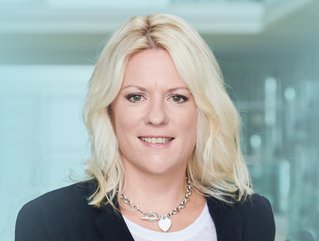 Credit: Rachel Corp/ITN
As a journalist and editor that has reported on four frontline wars, News Editor Rachel Corp has undoubtedly led a career like no other

When you’re sitting at home, relaxed and tucked up on the sofa, you may flick on the news to find out what’s going on in the world around you. If you’re based in the UK, your channel of choice may be ITV and, if so, there’s a good chance that Editor Rachel Corp will be frantically working behind the scenes.

Rachel’s story started in a similar way to those of many great professionals: at university. Although, her studies didn’t quite lead her to her media career in the way that you may have expected. "I studied History at the University of Leeds, and, I have to admit, it was quite an old fashioned degree,” Rachel says. “We only had two hours of formal teaching each week, but I can promise you it’s not like that now!

“As I had a lot of time on my hands, I decided to get involved with a group who were launching a student radio station. After months of hard work, I became the Head of News and Current Affairs, which is when I realised that working in radio was not only fun, but it was something that allowed me to have a meaningful impact.”

So, from a young age, Rachel discovered that she had a flair for radio, and luckily for her, this talent was soon recognised by others, too. “Through student radio, I won awards which meant I got invited to events where I met some wonderful people in the industry,” Rachel says. “This opened the door for me to undertake work experience at Radio 4’s consumer show, You and Yours. I started post-university and quickly segued to paid work, where I would pitch an idea and the company would buy it off me. So, I became a freelance reporter quite quickly.”

But Rachel soon found herself enticed back to her first love of news and current affairs, which just so happened to lead her to the front line of Bosnia’s civil war in the ‘90s. “I felt like the war had fallen out of the news – I also didn’t understand it, but I wanted to,” she says. “So when I met someone who was going out there, my first instinct was to join them.

“At times, it was both terrifying and intoxicating, but it was the most important work I had ever done. I met people who were my age, with similar hopes and aspirations, but who were living in this hideous conflict.

“Probably the most frightening part was when I was in the city of Mostar. At one point, we were driving and a tank just in front of us was hit by a shell. That experience made the reality of our situation sink in.”

Not many of us can say that we landed a job while reporting on a war, thousands of miles away from home – but Rachel can. “I had responded to a job ad in the paper for a traineeship before I left for Bosnia, and while I was out there, they asked me to interview,” she says. “Before I knew it, I was a trainee for ITN!

“I quickly attached myself to being on the road, because that’s what I absolutely loved doing. We then went on to launch Channel 5 news with a brilliantly inspiring editor, who completely shook up how news was being done, regarding norms, traditions and language – it was a fantastic experience.”

“During this role, I remember getting the phone call in the middle of the night about Princess Diana’s car crash. Of course, I went into work straight away, but I ended up presenting news flashes as the presenter, while running around as news editor when the cameras were off. It was full on, but that was the nature of the job.” 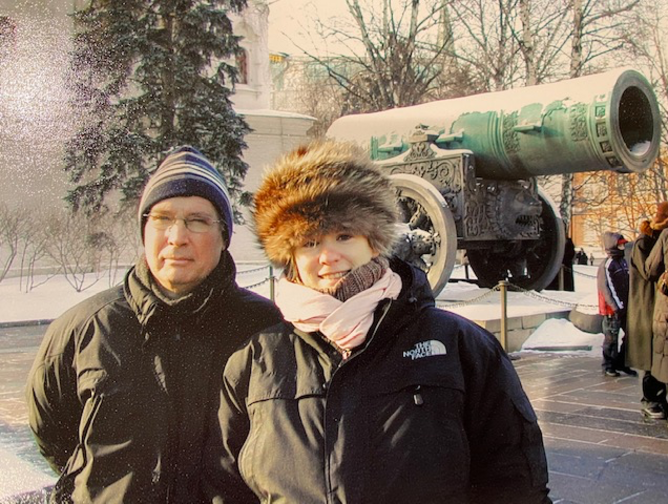 As someone who has no affiliation with the military, Rachel’s constant return to warzones may seem hard to understand. But as her career has been driven by finding, understanding and sharing stories, she yet again found herself reporting on the front line. “I fell in love with Afghanistan when I was reporting on the war. It’s such a stunning country, full of the most incredible people who are kind and interesting and funny.

“But the people had suffered so much. The country was littered with stuff – debris from tanks that had been blown up 10 years before was still on the streets, because the country was in a constant state of conflict. The whole time I was there, I don’t think I stayed in a hotel room that was intact. They all had bullet holes, or were missing part of the roof, for example. It was heartbreaking.”

How do you cope under pressure? While Rachel was reporting in Iraq, she was given extensive training on chemical attacks and warfare; but nothing was able to prepare her for this moment. Rachel was living in a make-shift camp in the middle of the desert – an easy target of scud attacks. “Alarms would sound when our camp was under a chemical attack – but we never knew whether it was just a drill or real life,” Rachel says.

“The first time I experienced the alarm, I was terrified. All logic leaves your body and you go into survival mode. I grabbed my mask, pulled on my protective suit and ran for cover. But when I looked up, I had gone the opposite way to the rest of the crew.

“As my brain tried to remember everything that I needed to do, I suddenly felt a prickling around my mask – a sign I may have been gassed. In our kits, we had an antidote for one of the fiercest gases, which was an injection to stab into your leg. However, the catch was if you hadn’t been gassed, the antidote would kill you.

“Luckily, I chose not to use the antidote. Once we were given the all-clear, we realised that the tingling I felt was probably because my mask still had tear gas on from previous training. Tear gas is activated by water – or in my case, my sweat.”

After many years in war zones, Rachel was blessed with two bundles of joy, which consequently called for her to have a brief period off work for maternity leave. It’s no wonder, though, that upon her return, she felt the same apprehension that many women feel when returning to the workplace after children. And of course, she would now no longer be rushing to the frontline of war zones. “You have a healthy disdain for management when you're on the road,” she says, “and being on the road was my whole life. I loved it. But I knew at some point it had to come to an end.

“My mission now was to balance family life and to supercharge news by focusing on bold, impactful journalism. A role came up at ITV News, which was great, as I would be working with familiar faces who knew my reputation.

“In many ways I was treated well as a parent, but there were occasions where I noticed a change. For example, before I was even offered a task, someone would have declined it for me, assuming that I would have childcare issues. I was able to change this over time, firmly reassuring colleagues that I could take on the tasks. That, and working hard.

“Also, at this time, we could squeeze full-time work into three days, so I’d often work 14-hour shifts. It was tough as I would sometimes go three days without seeing my youngest awake, as she would be asleep when I left in the morning, and again when I returned home.”

After seeing the devastating effects that war can have on society first hand, Rachel was inspired to become a Board Trustee of Women for Women International, a non-profit organisation that provides practical and moral support to female survivors of war. “I really liked what they do – it's a very practical thing,” Rachel says, “not just spending money in unfocused ways. They look at how we can get a community to stand on its feet and grow to be self-sufficient, while also putting the future of the community in the hands of the residents.

News never stops, but the last few years have been more hectic than ever – what with COVID, the BLM movement and the Ukrainian war, to name a few. For the last four years, Rachel has sat on ITN’s SLT, while also being responsible for all ITV News. She says: “I’m so proud of my team and how far we’ve come. We’ve produced some absolutely amazing work – our story on the storming of the Capital has been nominated for a BAFTA.

“I’m also proud to have seen cultural change. Newsrooms are typically macho environments, but it’s important for us at ITV to nurture an inclusive culture where everyone’s voice is heard.

“We also ensure that we have a diverse range of people who work for us, while also being conscious of our representation on screen. Although we’ve come a long way, I still want to continue improving.

“There are many ways in which this can be done, but I believe that it’s key to call out bad practice and bad behaviour when we see it. This doesn’t mean we’re not hungry for great stories, because we absolutely are. It means that we’re competitive against the competition, not against each other.” 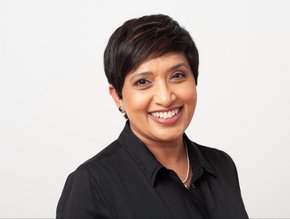