How she got there: Linda Plant 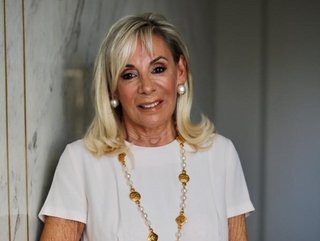 We sat down with Linda Plant, one of the most influential women in business, to discover the choices that led to her rip-roaring entrepreneurial success

Linda Plant is well known for fiercely ripping through the business plans of candidates on the UK business TV show The Apprentice. But the self-professed ‘Queen of Mean’ has worked her way up in the business world from humble beginnings. After leaving school at just 15 years old, Linda shares the many business ventures she has explored – from assisting her mother in a small town market to founding multiple global businesses.

It’s often assumed that those who achieve greatness have had a few extra helping hands along the way – but Linda’s childhood couldn’t have been any more different. “I was born to very poor parents, so I didn’t have any role models growing up,” Linda says. “My father was a tailor, and my mother was a secretary in the local synagogue. My mother opened a stall in Dewsbury Market, UK, selling ladies’ hosiery on Wednesdays and Saturdays. I would help out at the weekends and during school holidays – this was my first taste of business, and I knew it was for me.”

The little market stall soon moved to one of the busiest locations in Sheffield – Castle Market – and opened six days a week. “My mother had to leave her job at the synagogue and borrow money from my grandfather to buy stock, so there was a lot of pressure on us,” Linda says. “We knew we couldn’t just buy and sell ladies’ hosiery, so we introduced ladies handbags and jewellery with great success.”

Working with her mother at every opportunity possible, Linda decided that she was fully committed to helping the family business and decided to leave school. “In those days, my mother didn’t think about encouraging me to pursue further education – and even if she had, I probably wouldn’t have wanted to do it,” Linda says. “Once my focus was on the family business, we expanded from one to three shops. Then, we expanded to Rotherham and Doncaster, growing to own 14 different retail outlets across Yorkshire. The business was doing so well, my father quit his job and joined us, too.”

Along Linda’s business ventures, she met her former husband and became a mother of two – all while expanding the family business. “Today, women and mothers are at the forefront of business, but when I became a mother in my early twenties, this certainly wasn’t the case,” Linda says. “The issue I faced wasn’t balancing my career and childcare – I was lucky to have my mother who helped me with that – it was more the guilt of not being there enough.

“But I knew I was laying the foundation for my children’s future, and I’m a big believer that the quality of love is more important than the quantity. Perhaps I wasn’t the mother that was always able to pick my boys up from school, but as they grew into teenagers they were immensely proud of me for being a working mother. I always tell other women not to worry about working – to not feel guilty – as long as you’re working and your child is secure in love and affection, you’ll be paving the way for their future.”

You may be thinking that, for a working mother of two, Linda had enough on her plate – but of course, you would be wrong. While managing her 14 stores, Linda also opened a wholesale business, but the real turning point was still to come. “A friend of mine told me that he had a quota holder and exporter in Hong Kong who needed a new customer. Although I wasn’t a trained designer, I’ve always had a keen eye for spotting good designs.

“I don’t like ‘Jack of all trades’ – in business you need to have a unique selling point – so I decided that mine would be pretty, feminine knitwear, as I saw it was a gap in the mass market.

“Within two weeks, I had created an entire range of clothing, and when I put it together, I realised that it needed a brand – I decided on ‘Honeysuckle’. Although I hadn’t planned to start an importing business, I brought the samples back to the UK, hung them in my stores and everything pre-sold before I even got the stock. The Honeysuckle brand grew very quickly as it had a strong identity – it was appealing, unique and tailored to the mass market.”

Continuing to create designs in Hong Kong and Korea, business was booming for Linda. So much so, that a large company offered to buy Honeysuckle, while allowing Linda to continue to run it. Of course, she accepted. “A few years down the line, the owners told me there was a problem. They had bought an insurance company that had gone bankrupt and was taking them down too – so they gave me Honeysuckle back for nothing.

“Business was going so well that I was contacted and offered to float my business across the London stock exchange. This was shortly after Anita Roddick floated The Body Shop, so, at the time, it was very fashionable for a woman to do so.”

“Around the same time, I co-founded an electronics business. Although I may not have known a lot about televisions and microwave ovens, I have a great understanding of the basic semantics of business. Whether you’re buying and selling a multi-million pound property or a sweater, you’re still buying and selling. Not everyone's an entrepreneur, but if you don't buy a ticket, you'll never have a chance of winning the lottery.”

After many successful years flying to and from the far east, Linda decided to retire from the fashion business and start a new venture. “Homerun Services is an umbrella company in which we buy and sell high-end residential developments. Through the business, I would buy, refurbish and dress houses, which later grew into an interior design business as people loved my interior design.

“Homerun Services took me all over the world, as I would typically design homes for clients that had properties in various different countries – I call them cash-rich, time-poor people.”

Although Linda had seen great success throughout her career, she didn’t become a household name until old friend Sir Alan Sugar asked her to assist him on the UK business TV show The Apprentice. “We first met back in my Honeysuckle days, so we’ve known each other for years. One day, he told me he was looking for someone who would make good television with the ability to expose weaknesses in business plans – so he offered me a spot on the show.

“I may be known as the Queen of Mean, but it’s never personal. If a candidate shows me a wreck-able business plan, I will wreck it to show Sir Alan that it’s not worth his investment.

“The experience has been life changing – I absolutely love that I am able to share my business knowledge with young entrepreneurs. For many years, I wanted my journey to be inspirational to women, and The Apprentice gave me the initial platform to do so.”

And Linda was right – business wasn’t the only thing she was naturally good at, as she’s now a well-known speaker and mentor. “I very much fell into mentoring in a similar way to which I fell into television,” Linda says. “I gave a talk for the Prince’s Trust, and afterwards, they asked me to choose a winner from their Top 6 Entrepreneurs to mentor.

“The winner I chose had a helping-hands business, which was focused on assisting people with dementia gain access to household jobs, such as washing, shopping and ironing. When I met the winner, she had four clients and one part-time member of staff. Now, she has over 160 clients and 25 staff, so I’d say it was a pretty successful mentorship!”

Of course, Linda’s entrepreneurial spirit enabled her to find a way to transform her passion of mentoring and inspire others into a business venture. “I love business, and I will hopefully love it and perform it until the day I die,” Linda says, “but inspiring others is equally important to me. That’s why I founded The Plant Academy, where I offer my business course and mentorships.”

“Although I wouldn’t say that I particularly prefer mentoring women, I find that they gravitate towards me more so than men. Women face different barriers in their careers, and I can cover most of them, from mum guilt to menopause.

“I’ve also experienced my fair share of challenges. For example, when I first started out on Dewsbury Market, we worked a three-day week with no electricity, so we often had to work in the dark. That being said, a key aspect that helped me through my career was having and maintaining strong relationships, especially when times are hard. I’ve often had to visit suppliers to discuss ways in which we can work together to overcome tough situations.

“I don't have a single qualification, but God gave me a talent. He gave me a good vision, good foresight and a commercial mind. So I maximised these talents to the best of my ability, and I believe others can do so too. But, if you fail along the way, it can be the basis of tomorrow's success.” 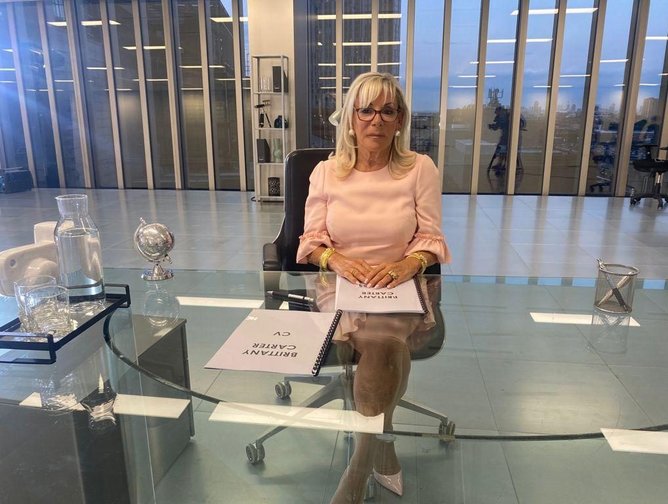