How she got there: Shelli Brunswick 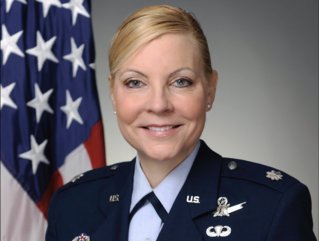 It’s rare to meet someone who has as much passion, ambition and charisma as Shelli Brunswick, COO of Space Foundation. But, after sitting down with her to discuss her career from air to space, it's clear that these traits have been the driving force behind her success.

Positive role models should never be underestimated – especially for young girls. Leading by example and showing that anything is possible with strong will, hard work and determination can help set a young girl’s life on a positive path. At least, it did for Shelli Brunswick. “My mum was a manager for a manufacturing facility,” Shelli shares, “which wasn’t a typical career for a woman in the 1980s.”

“Growing up having a female role model who was in a supervisory position in a male-dominated industry, showed me that there were no limits. From her, I inherited the attitude that, if I want something, I should go for it and not let being the only woman in the room stop me from doing anything.”

Some of us grow up aspiring to be an astronaut, a doctor or, nowadays, a social media influencer, but Shelli was different – she grew up dreaming of travelling the world. “I didn’t have the money to go to college after graduating high school,” Shelli says, “so I decided to join the US Air Force. Not only did this give me the opportunity to learn a whole new skill set, but I got to see different countries and experience a variety of cultures, too.

“My journey started when I took the Armed Services Vocational Aptitude Battery (ASVAB), which helped both myself and recruiters see which skills I possessed. Although I had no idea what the ASVAB would do for me, it ended up putting me on the path of the Air Force, so since then, I’ve always believed it to be important to seize every opportunity. I enlisted in the U.S. Air Force and became a human resource specialist.

As a young woman fresh out of high school, Shelli had little idea of what she wanted to do, and who she wanted to become. But the Air Force proved to be an essential part of her life story, as it allowed her to fully immerse herself in different cultures. “I was stationed in Turkey and Germany, which would be an amazing experience for anyone, but especially a young woman,” Shelli says. “Not only was I able to make new friends, but I was experiencing different cultures that allowed me to open my mind to new ideas, concepts and insights.”

And although Shelli had been busy exploring the world, she never lacked ambition or motivation. “I was going to night school,” she says, “as I initially joined the Air Force to earn enough money to pay for college. So, I was serving my country during the day, wherever I was in the world, and I was studying for my Bachelor's and Master’s degrees at night. After completing my bachelor’s degree, I realised that I could become an officer in the Air Force.” 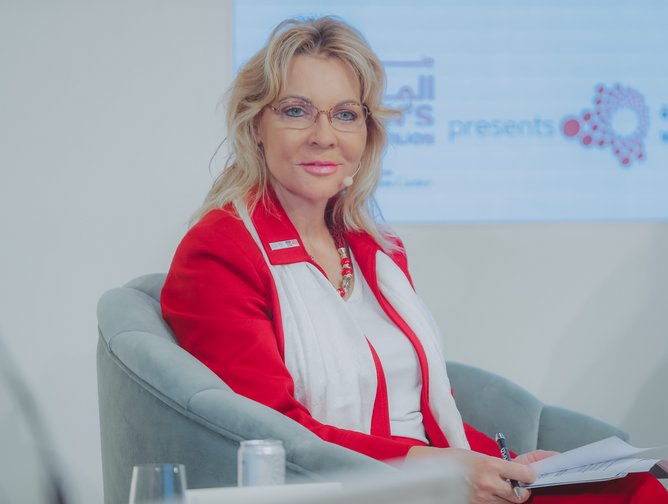 After working day and night, you’d think that Shelli had a pretty good chance of being selected as an officer. Unfortunately, you’d be wrong – she had just a 12% chance. “The Air Force was looking for STEM professionals,” Shelli says, “and I had a business degree. But, although the odds were against me, I wanted to give it my best shot and not let fear of failure take over.

“I applied and was rejected. This meant I could either let my application go to a second review, or I could update it. I did the latter, because I believe in always putting your best foot forward, even if the answer might be ‘no’. The second time around, I was accepted.

“Rejection taught me tenacity, not to let people put me into stereotypes and most importantly, that failure is okay. Failure doesn't mean you can’t do something; it just means you didn’t get a ‘yes’ that time around.”

Finally, Shelli had been selected as an officer. But she realised that it wasn’t quite what she wanted. “I was in personnel, so it would make sense for me to be a personnel officer, right? Well, I had been assigned as a space programme manager. I had no idea what it was, and I didn’t want to do it,” Shelli says. “Calling all my mentors, I asked for their support, and they tried to make requests to get me reclassified. They weren’t successful, and I received a call to affirm my position as a space programme manager.

“In that moment, I decided not to let the fear of the unknown take over, which consequently started my 25-year-career in the space industry. So, although people tell you to follow your passion, sometimes you don't even know what your passion is, because it might be something you haven’t even considered yet.”

Settling into her new career path, Shelli wasn’t too sure what to expect. But luckily, she had a supportive network of mentors and coaches to guide her along the way. “Nothing just happens in life,” Shelli explains, “so to ensure I was always pushing myself, I volunteered for hard projects that would push my boundaries.”

“One of these positions was a military executive officer, which meant I would work for a senior officer. Although it was a lot of work, it provided me with the opportunity to learn from him, while also allowing him to get me to know me, which created opportunities.”

By now, you’ve probably realised that Shelli isn’t the type of person to shy away from opportunities – in fact, she dives into them headfirst. “‘Get out from behind your desk’ is one of the greatest pieces of advice I can give,” Shelli says. “As I was volunteering to be a military executive officer, I was invited to an event where all the space programme managers got together at a reception. I barely knew anyone, as none of my colleagues wanted to go.

“When I was there, I saw my boss’s boss, so I went over to say hello – he introduced me to another man who turned out to be his representative at the U.S. Capitol Hill. The representative had been given a new assignment, so he would be leaving – thus, they needed to replace him. My boss’s boss looked at me and said: ‘How would you like to be a legislative liaison?’.”

“I wasn’t just given the job, but I was offered the opportunity to interview because I had gotten out from behind my desk and built networks and relationships. After the interview process, I was offered the role and told that I gave the best interview they had ever seen.” 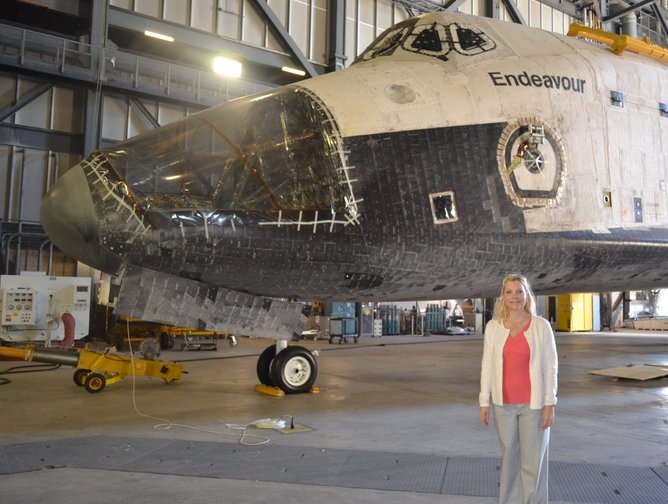 You may be wondering how Shelli transitioned from a career in the Air Force to being chief operating officer of Space Foundation? Well, by continuing to do what had got her here in the first place: getting out from behind her desk. “The military offers a programme called the transition assistance programme. Some people don’t take it, but I took it twice,” Shelli says.

“I then started reaching out to people and various offers came through – one being COO of Space Foundation. I instantly thought that it was out of my reach, but it was actually a colleague of mine who shared words that have stuck with me to this day: ‘Never disqualify yourself from something you haven't been offered’. And she was right, because out of 176 candidates, I got the job.”

Space Foundation is a non-profit organisation, focused on teaching children and young adults about space, while also helping entrepreneurs and professionals find success within the industry. “I’m often asked if I work in space or if I’m an astronaut because of my career in the space ecosystem,” Shelli laughs, “however careers in space are far more diverse in both skill sets, regions of the world and opportunities.

“There is a place in space for everyone, as every country and citizen uses space technology – whether they realise it or not. Virtual meetings rely on space technology, as do ATMs, agriculture, transportation, public safety, and so on.

“Space is creating more economic opportunities to help people find prosperity. For example, those doing agricultural activities could use space technology to increase crop yield, which will help to increase income and quality of life. This doesn’t just apply to America either, as we help people in Africa find clean water close by, then they don’t need to walk for miles and miss school or work.”

Although Shelli always sees room for improvement, she also prioritises passing on her knowledge and skills to the next generation. “For me, kids are the future. But what I love most about my role at Space Foundation is that it allows me to show kids, especially those from a disadvantaged background, that a career in space is a viable path,” Shelli says.

“It’s not just important for us to encourage more women to pursue space careers, but we need to make it a more diverse environment too. In the 1960s, the United States was focused on sending the first man to the moon. Now, countries are focused on putting the first woman and person of colour on the moon.”

As busy as she may sound, Shelli always makes time for her passions: mentoring and travelling. “Later this year, I will be going to Morocco, as the Islamic World Educational Scientific and Cultural Organisation (ICESCO) will be hosting their first International CanSat Training Workshop and Aerospace Symposium, with the theme ‘Building Tomorrow’s Global Workforce’.  I have the privilege of joining experts and astronauts from around the world with the goal of empowering the next generation to lead the space industry,” Shelli says.

“Throughout my career, I’ve made time to see the world. I’m an avid photographer, so I love travelling to Africa, particularly Tanzania, with my husband to capture images of wildlife – while, of course, building an understanding of how space technology can prevent poaching. My passion for space leads to my passion for Earth. The Earth is just the starship we’re living on, and we need to take care of our home.”