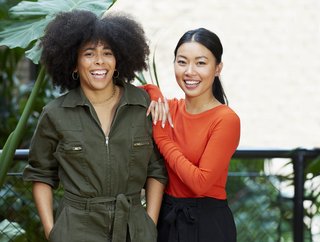 Credit: Getty Images
Humans are stronger together than apart. That’s why, to create truly inclusive work environments, we need to stand as one and work together

Allyship in the workplace is a key way in which individuals can promote diversity, equality and inclusion (DEI), joining forces to create a harmonious professional environment. Having at least one ally in the workplace is said to give 81% of people a sense of belonging, 79% greater satisfaction with their workplace culture, and 94% are more likely to be satisfied with their job, according to a study from Change Catalyst.

Anyone can become an ally to others in the workplace – it just takes time, willingness and understanding. All of which act as a reward for the wider team, helping cultivate a more inclusive, equal workplace.

Privilege is power, and it’s important to recognise that if you want to become a true ally. Although the term ‘privilege’ can be polarising, it suffers from frequent misinterpretation. If someone has privilege, it doesn’t mean that they haven’t worked hard or demean any of the hardships they have overcome. And, of course, privilege comes in a host of different forms, so some privilege adds up to be greater than others. Examples of privilege are race, gender, economic status, sexual orientation, ability and class.

Although it can be uncomfortable to realise that you may have unearned advantages over colleagues, it’s important to recognise if you want to be an ally and offer support. Once you have accepted any privilege you may have, you can use this to create open and honest communication, while lifting the voices of others at the same time.

Promote education in all forms

Becoming an ally in the workplace will most probably take time, effort and learning (or, in some cases, unlearning).

One of the best ways in which you can become an ally is through education. And no, this doesn’t just mean reading books and undertaking training. Communicating with colleagues and taking steps to actively learn and understand how to handle certain situations will help you play your part as an authentic ally to others.

Becoming a mentor or setting up a mentorship programme is another way to promote indirect education. Having a number of good coaches that want to create inclusive workplaces will cause a positive ripple effect throughout the organisation, while providing a supportive environment for underrepresented groups to turn to. Mentors will also generate personalised feedback on how individuals can improve.

Sharing what you learnt from someone, acknowledging how they helped you out, or commenting on great work that they achieved in front of others will show that you’re an ally. Speaking positively about others shows that you not only recognise their hard work, but that you want others to do so, too.

It will help to boost the individual's reputation and credibility, highlighting their attributes to others. Praising others publicly will not only make them feel great about themselves, but it will also boost their confidence. After all, endorsing others is free and a very easy way to show respect to marginalised individuals.

Calling out bad behaviour is one of the most important things that each and every employee can do to create a safe and diverse work environment – no matter whether they’re the CEO or an intern.

Being attuned to discriminatory behaviour and reacting firmly, calmly and promptly will demonstrate what is and isn’t appropriate in the workplace. Likewise, don’t wait for the marginalised individual (or individuals) to react. As a supportive ally, it’s your job to demonstrate that you can recognise unacceptable language and behaviour yourself, while also holding others accountable for their actions. Remember to provide support in the moment too, rather than checking in once the moment has passed.

Individuals in well-represented groups may feel afraid of doing or saying the wrong thing and consequently offending someone. This can cause them to be silent or to do nothing at all. But in reality, silence is just as harmful ‒ by saying nothing, you’re effectively condoning or endorsing certain behaviours.

With everything in life, learning is a journey, and we need to be willing to make mistakes to improve. The most important thing is to be open and honest with your communication, and make it known that you are trying because you want to improve.

To make changes and create more inclusive work environments we need each and every individual to play their part. With that being said, of course there will be a few mistakes, but it’s important to learn from them and to ensure there are ample means of education to support learning.