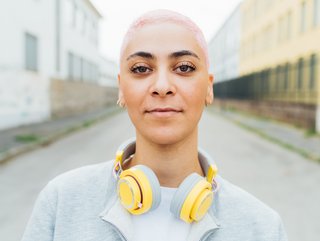 The new plan will start on a selection of HSBC products, including the mobile first business account, tools for mortgages in principle and HSBC Kinetic, according to a spokesperson from the bank. These products will be the first stages of a wider review undertaken by HSBC, in a bid to increase its inclusivity offering.

“The concept of gender is evolving at a societal level, and we’re looking at how it’s relevant for our sector,” Jimmy Higgins, co-chair of HSBC’s UK Pride Employee Network, said in emailed comments. “There is no reason we should be capturing information for a bank account or a loan if it’s not relevant.”

HSBC’s new move comes shortly after Halifax updated staff name badges with pronouns. The bank revealed the new badges in a Tweet with a picture, and the caption: “Pronouns matter. #ItsAPeopleThing.”

Although the new badge design sparked controversy, Halifax replied to a complaining customer: “If you disagree with our values, you’re welcome to close your account."

Other companies, such as Network Rail, have applauded Halifax’s move to embrace inclusivity. Shane Andrews, head of diversity at Network Rail, says: “My personal view is that it is just brilliant. We need stances like that.”

Shane, who won an MBE for his efforts to increase diversity, continues: “If I was a gay man that wasn’t open in the workplace, I would be hiding who I am.

“Workers in dangerous jobs including on the railway could be caught off guard by a colleague asking a personal question. “If someone says ‘how’s your wife?’, I’m thinking, do I tell them or do I not, and suddenly a train comes past, that split second has been an issue.

“Whereas if people are able to be their whole selves and be authentic, they build trust with their employees and they’re safer. When someone refers to another person using the wrong pronouns, especially if they are doing it on purpose, it can make the other person feel disrespected, and can lead to exclusion and alienation,”

Although HSBC has offered staff the choice to have their pronouns on their name badges since January 2022, the bank has recently initiated policies to make it easy for customers to change the names on their bank accounts, too.

“We expanded our gender-neutral titles,” said Cheryl Bosi, head of UK human resources. “This does not only benefit customers. It takes us to a place where our colleagues genuinely believe we mean it.”

“It sounds quite straightforward, but it costs money to change processes... so we’ve raised positive colleague sentiment on the back of those.”