Learn the power of saying 'no' 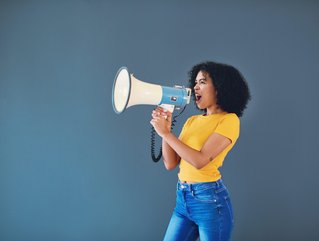 Credit: Getty Images
Saying ‘no’ shouldn't be seen as a negative – it’s a way in which you can take control of your life, choosing what you actually want and don’t want to do

We’ve all been there.

You bump into a friend who invites you to a social gathering – maybe a birthday party, a house warming, or even just a good old-fashioned dinner party. Chances are, you want to go as there’ll be good food, delicious drinks and people who, for the most part, you enjoy spending time with.

But, with no disrespect to your friends or family, there’s usually something else you’d rather be doing – writing your book, catching up on TV or even just tidying up around the house.

Saying no isn’t just confined to social events. It can relate to literally anything you do in life, both personally and professionally.

Dr Christos Kouimtsidis, Consultant Psychiatrist at The London Psychiatry Centre says: “Balance is key when it comes to your mental health and social life. While forming and maintaining positive relationships is important, as is alone time and self care.

“If you are feeling pressured to say ‘yes’ to invitations and requests when you would get more benefit from, say, going to bed early, it could be time to start using the word ‘no’ more freely in 2022.”

But what are the benefits of just saying no in the first place?

No can give you flexibility

You’ll be keeping your options open, therefore giving yourself the freedom to choose what you want and don’t want to do. Immediately agreeing to events or tasks will tie you to fulfilling that duty. That, or it will force you to think of an excuse later down the line, which could just make you feel worse.

No can make you feel good

So you’ve got a pile of tasks to do, but you promised your boss you’d take on extra work. However, once you’ve completed the work, chances are, those original tasks are still there, and you’ll feel defeated before you can make a dent. Whereas, if you just said no to others and focused on what you needed to achieve, it’s likely to have a positive effect on wellbeing.

No can give you confidence

As the old saying goes, ‘practice makes perfect’. The more you familiarise yourself with saying no to people, the less awkward it will become. After a while, you'll feel more confident when weighing up your options, and less likely to agree to something out of guilt or fear.

No gives you power

The less you say yes, the more value they will have. Think about it, if you’re always saying yes, people may begin to rely on you, as they make you their first port of call. But if you consider your answer and say no (or even maybe), you place more value onto the answer.