Liz Truss: Who is the UK’s third female Prime Minister? 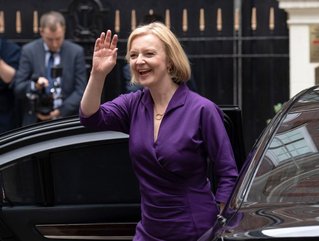 Credit: Getty Images/Colin Court
Liz Truss is Britain’s new prime minister, making her the third woman to hold the position. We take a look at who she is and what she has planned

Who is Liz Truss?

Growing up in Oxford, 47-year-old Mary Elizabeth Truss grew up in a left-wing family and was the daughter of a maths professor and a nurse.

A passion for politics developed early in Ms Truss’ childhood, as she recalls her parents taking her to anti-Thatcher protests, where she shouted: “Maggie, Maggie, Maggie — out, out, out!” However, as she matured, she adopted her own beliefs and became a supporter of Margaret Thatcher. She says she would argue: “against my socialist parents in our left-wing household."

Now, Ms Truss is frequently compared to Margaret Thatcher, known as the ‘Iron Lady’ – a nickname she was given for her uncompromising politics and leadership style.

Delegates have also been drawing comparisons between Ms Truss and Margaret Thatcher, including Victoria Honeyman, associate professor of British politics at the University of Leeds. Victoria says that by highlighting Ms Truss’s modest background, Ms Truss is evoking comparisons to Margaret Thatcher, a grocer’s daughter, sending the message of a “working-class girl done good."

David Gauke, who first met Ms Truss in the 1990s when both were Conservative activists, says: “I think Liz has always been ambitious, she's always been someone who has said to herself, 'Well why not me, why can't I make it to the very top?'”.

She is also served as the Minister for Women and Equalities.

Ms Truss will officially take her place as Britain’s Prime Minister on Tuesday 6 September, 11AM GMT.

What can we expect from Ms Truss’s leadership?

Ms Truss is a self-proclaimed “disruptor-in-chief”, a phrase she tweeted upon taking her former Treasury role, has promised that she will fulfill a number of duties through her role as prime minister.

One of Ms Truss’s main goals is to cut taxes, in a bid to reboot a stalled economy and help those struggling with the rising costs of energy bills. She has also promised to reverse the recent increase in national insurance and to cancel a scheduled rise in corporation tax.

In addition, Ms Truss has stressed that she is committed to the UK’s existing net zero targets, and her team insists that they will focus on renewable energy. However, others are skeptical about her intention, as she opposed on-shore windfarms, saying they’re “one of the most depressing sights” of modern Britain.

Ms Truss says that she wanted to cut red tape and empower families and businesses.