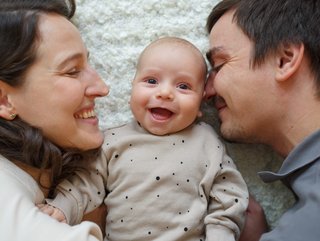 NatWest has announced equal parental leave for parents regardless of gender, in a bid to become more family-friendly.

The policy, which will be introduced next year, will allow new parents to take up to a year off work for parental leave, of which half will be paid in full.

Equal paid parental leave is increasingly common, but NatWest is unusual in offering fathers a full year off and previously only offered men two weeks of statutory paternity leave on full pay.

The increased focus to expand DEI initiatives has come to remove the "pale, male and stale" stereotype the bank has, and to increase a younger more diverse workforce.

By creating a more family-friendly culture, NatWest CEO Alison Rose said that she hopes to support “wider cultural change by promoting a shared approach to childcare responsibilities early on”. She also shared that she hopes the new policy will allow the bank to “do more to help families thrive”.

NatWest has introduced a number of new policies to strengthen its DEI initiatives. Last month, the bank announced that it would pay for transgender staff to receive privately-funded hormone treatment, while also introducing bamboo name badges which have pronouns and phonetic name spellings.

The bank has also changed the wording on its employment policies to ensure “language and scenarios are LGBT+ inclusive".

Alison Rose is the Group CEO of NatWest Group, an organisation she joined as a graduate. She is also the first-ever woman to lead one of the UK’s big banks. In March 2019, Alison was invited by the UK Government to lead a review of the barriers to women starting a business. She launched The Rose Review which later uncovered that closing the gender gap would contribute £250 billion to the UK economy.