“Not enough women at the table" in tech firms, says Tim Cook 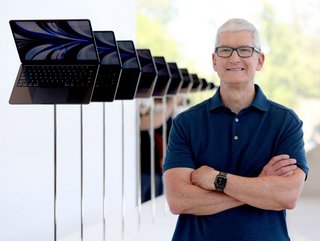 Tim Cook, CEO of Apple , urges more women to pursue tech careers after sharing that there are still "not enough women at the table" in tech firms - including his own.

Explaining that there is “no good excuse” for the lack of diversity, Tim says that the technology industry "will not achieve nearly what it could achieve" if more women occupied the sector.

Boosting the number of women at Apple

Apple has recently launched a founders’ development programme specifically for female founders and app creators in the UK to encourage more women to join the tech space.

In 2021, it was reported that Apple had 35% female staff. Deloitte Global estimates that women will occupy 33% of technology firms by 2022, with 25% in technical roles.

“I think the essence of technology and its effect on humanity depends upon women being at the table," Tim said in an interview with the BBC. “Technology's a great thing that will accomplish many things, but unless you have diverse views at the table that are working on it, you don't wind up with great solutions.”

To increase the representation of women in tech roles, Tim believes that there need to be more female role models in the space and that girls should be given an opportunity to learn tech-based skills in school.

To achieve this, girls should have access to coding courses in school, to ensure that have a “working knowledge” of how to create apps and code before completing education.

Apple created ‘Swift’, a programming language to help those keen to learn and use code.