Tess Cosad on breaking barriers in the FemTech sector 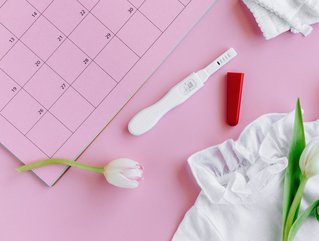 Tess Cosad, CEO and co-founder at Béa Fertility has an incredibly varied role, where no two days are the same.

“Generally speaking, I spend a lot of time with the team, talking about what’s on the agenda for the week and what they need from me. I’m also frequently speaking to investors and stakeholders, as well as potential customers with real-world experience of the fertility problems we’re trying to solve, so we can make sure we’re building the very best product for them.

“Product development is also a key focus: I’m often speaking to regulatory experts who are helping us ensure our medical device is safe and compliant, as well as our product development team who are responsible for ensuring we’re sticking to our roadmap.”

The commercialisation of fertility on family planning

Currently, the way fertility treatment is offered - and how much it costs - means thousands of people are unable to access or afford the care they need.

“We’re in a dangerous place where fertility treatment feels more like a commodity only available to those with the right financial resources, rather than a critical pillar of our healthcare system that everyone should have equal access to,” says Tess. “This is partly due to the gaps in NHS fertility provision, which mean certain groups and people living in particular parts of the country have a better chance of accessing NHS treatment than people elsewhere. It’s partly down to the commercial ambition of fertility clinics, which are allowed to charge pretty much whatever they like, with little regulation, including for dubious treatment ‘add-ons’ that don’t necessarily work.”

As the cost of living rises, the heartbreaking reality is that thousands of people will be locked out of treatment, and this will have long-term repercussions on the economy and the stability of our social systems.

“We’re already experiencing an era of ‘ultralow’ fertility, with people having less children, having children later, or not having children at all. As the population ages and the workforce shrinks, there will be a noticeable social and economic impact,” says Tess. “There will also be people who will mount up thousands, sometimes tens of thousands of pounds worth of debt in order to pay for fertility treatments. In my view, this is entirely unjust and cannot continue.”

Tess believes that this provision needs to be more inclusive and consistent across the country, and clinics need to be regulated so that people don’t need to choose between having children and affording to live.

“Until this happens, the fall-out of fertility struggles will continue to feel insurmountable. I strongly believe having children is a basic human right, and that tearing down the barriers preventing people from accessing treatment should be a national priority.”

“Innovation will play a vital role in widening access to fertility,” says Tess. “There’s a pressing need for clinically-approved fertility treatments which are inclusive and affordable.”

Tess believes that by developing and refining new and effective treatments, our industry will be able to offer better support to people struggling to conceive.

“Widening access and creating better and more affordable options is fundamental to the future of fertility. Those of us working in the industry have a duty to improve upon existing provisions and offer new routes to fertility that are not only more affordable but also embrace and support the many different forms a family can take.”

Raising funding is never easy, but in Tess’s experience, the barriers are even higher when you’re a female founder selling a femtech brand.

“Ultimately, the majority of VCs are men,” says Tess. “They may be the partners, friends or family members of the women that will use our fertility device, but they won’t be using it themselves. They may or may not feel comfortable with my pitch, which invariably involves a discussion of how the product works and where it goes. I’ve lost count of the number of times I’ve seen investors squirm.”

Tess has learnt that it’s crucial to distinguish between the investors who get your brand… and those who don’t.

“Not every investor is going to get excited by your business or share your vision - and that’s ok. I choose to work with investors who actively approach difficult conversations and questions from the outset, and who are ready for an open and candid conversation. I’d far rather ensure that an investor is the right fit for Béa than compromise on our ethos, for the sake of capital.”

Whilst Tess has had plenty of valuable lessons in this journey, she feels that perseverance has been key.

“Although we came up with the concept for our treatment kit a few years ago, the road to its launch hasn’t always been smooth and perseverance has been critical. It has taken nearly two years to create the device we have today. During this time, we exercised resilience, patience and tenacity. We’ve worked tirelessly to create the very best product we can - whilst maintaining a sense of momentum, ambition and belief amongst the team that we will get there. Perseverance is a skill, and one you will definitely need when building a medical device.”

2023 will be a big year for Tess and the company, as they bring their first fertility device to market: a treatment kit which will allow users to carry out Intracervical Insemination (ICI) safely from their homes.

“This will be a huge milestone and the moment we’ve been working towards over the last two years. Being able to help just one family get the start they need would make all of our hard work worthwhile,” says Tess.