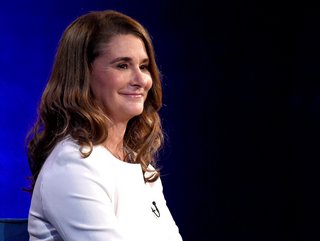 Credit: Getty Images/Bryan Bedder / Stringer
As one of the most powerful women on the planet, Melinda French Gates has carved her name in the philanthropic hall of fame by fiercely championing others

Starting her philanthropic journey with ex-husband and Microsoft founder Bill Gates, the pair were particularly saddened after reading a newspaper article detailing that millions of children in poor countries were dying from easily-treated illnesses. The Bill and Melinda Gates Foundation was founded soon after.

Since launching, the foundation has spent US$53.8bn on philanthropic causes. Created to reduce extreme global poverty, enhance healthcare, and to expand educational opportunities, the fund has touched the lives of thousands, and has contributed to halving the number of children who die each year before their fifth birthday.

“As a driving force behind the Bill and Melinda Gates Foundation, we are in awe of what Melinda French Gates has achieved, addressing issues of poverty, disease and inequality and encouraging others to do the same,” says Caroline Underwood, CEO of Philanthropy Company. “Her vision, drive and determination has brought benefit to millions of people.”

Signing a Giving Pledge in 2010, Melinda committed to giving away the majority of her resources over the course of her lifetime. But still, she wanted to do more, so she launched investment and incubation company Pivotal Ventures, with a mission to advance social progress. The organisation will use US$1bn to create opportunities for women in leadership positions, dispelling barriers women face at work, and ensuring businesses are held accountable for fostering gender equality.

After nearly three decades of marriage, Melinda announced that she and Bill would be getting divorced, arousing questions as to how she would continue her philanthropic duties. Although the two still continue to work together through the Gates Foundation, the organisation will no longer be the recipient of the bulk of her wealth. Now, Melinda plans to focus her philanthropic efforts on supporting charities that help women, girls and other marginalised groups.