US networking firm Chief to open in UK with Google backing 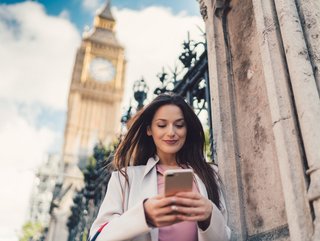 Chief is a membership-only group exclusive to women executives and is backed by Capital G, the independent growth fund from Alphabet Inc., Google’s parent company.

In January 2023, women can start applying for their place at Chief's fifth flagship clubhouse, soon to be opening in Bloomsbury, London. Membership will start the following year, and give members access to exclusive coaching sessions and networking opportunities, for an average fee of £6,500 ($7,300) annually.

Members may also be invited to attend exclusive talks from influential figures, such as exclusive conversations with icons such as Indra Nooyi, Michelle Obama, Gloria Steinem, and Sara Blakely.

"We are thrilled to expand Chief into one of the most influential business markets in the world and in response to significant demand from U.K. women executives," said Carolyn Childers, Co-Founder and CEO, Chief.

"We're building a multifaceted support system for women who have reached senior leadership positions, want to go even further in their career, and help pave the way for those who will follow. Recognising that many of today's business leaders need and value global perspectives when we considered how we could evolve the Chief experience to make our community stronger and even more powerful, expanding to the UK was an obvious next step for us."

Carolyn continues to explain that the UK was “far and away the No. 1 requested place” for expansion, estimating that about 1 million women executives in the UK are keen to join the exclusive new clubhouse. There are currently 20,000 Chief members, with a waiting list of more than 60,000.

“An executive’s influence and experience extends far beyond geographic borders,” said Lindsay Kaplan, Co-Founder and Chief Brand Officer, Chief. “Women are underrepresented in executive leadership positions across the U.K., much like they are in most of the world.

“By expanding our network to the U.K., we’re providing a stronger support system and fostering more connections for the thousands of powerful leaders in our community. Together, we will drive more women into power and keep them there.”