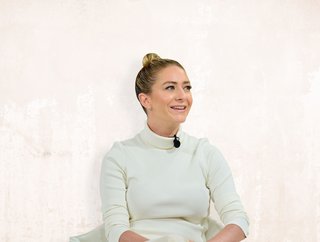 Swipe right to end misogyny, harassment and inequality. 31-year-old Whitney Wolfe Herd became the world's youngest self-made female billionaire in 2021, primarily through the launch of dating app, Bumble. But her rise
to the top was littered with sexism, online abuse and
a US$1mn lawsuit.

At just 22, Whitney became involved with Hatch Labs where she met soon-to-be Tinder founders, Sean Rad and Chris Gulczynski, joining them on the founding team. But two years on, tensions grew within the executive team causing Whitney to leave the company and file a sexual harrasment case. Match Group Inc., Tinder’s parent company, settled the lawsuit for over US$1mn without an admission of wrongdoing. The case caused
a storm of online hate and abuse towards Whitney.

But by turning her pain into productivity, Bumble was born. The female-focused app only allows women to make the first move in hetrosexual matches. This simple but revolutionary idea has changed the dating scene for the better, allowing women to regain control. Ambitious singletons on the hunt for love were fond of the idea too, as during Bumble’s first year, more than 15 million conversations took place and eight million matches were made. Success continued well into 2020, as Bumble achieved over 100mn subscribers.

Now Whitney owns a 11.6% stake in Bumble, giving her an estimated net worth of US$1.5bn. But Whitney is far too ambitious to stop there. After learning that one in three women using Bumble has received non-consensual lewd photos – or to put it simply, photos they didn’t ask for – Whitney initiated a technology that automatically detects nude images. Recipients of potential nudes will receive a blurred image and a warning – the user will then have the choice to block
or accept the image.

As Whitney rang the Nasdaq bell with her baby
son on her hip, she declared that she wanted to make the internet "a kinder, more accountable place."
I think we can all agree that through Bumble, she
has achieved that.