UAE is set to launch a new Gender Balance Strategy 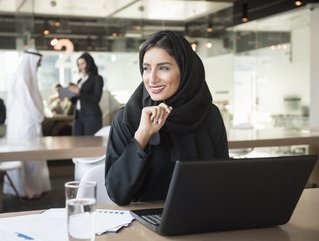 The UAE is expected to launch a new Gender Balance Strategy, according to the President of the UAE Gender Balance Council, Her Highness Sheikha Manal bint Mohammed bin Rashid Al Maktoum.

The UAE Gender Balance Council, which was established in 2015, is a federal entity promoting, developing and implementing the gender equality agenda in the UAE. With a number of objectives, the council’s primary focus is to achieve gender balance in senior positions, reduce the gender gap across government sectors, and enhance the UAE’s world ranking for gender equality reports while improving the UAE’s status as a benchmark for gender equality legislation.

Correcting this gender balance is a ‘top national priority for the UAE’, according to Sheikha Manal bint Mohammed bin Rashid Al Maktoum, as the country aims to advocate and empower women in both its society and the economy.

After praising the UAE for implementing measurable and sustainable actions to increase the number of women in leadership roles, the EU Parliament delegation have shared that they will explore and learn from the country’s approach.

Mona Al Marri, Vice President of the UAE Gender Balance Council explains that the UAE has shown signs of significant progression in achieving gender balance over the past 50 years, including improving the status of women. Consequently, the UAE has become a leading example for empowering women, regionally and globally.