How she got there: Mandy Hickson, former RAF Pilot 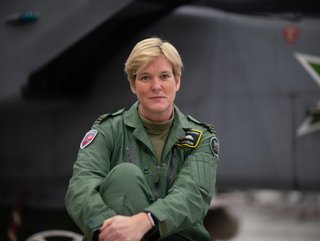 Rejection, imposter syndrome and the fear of failing are all feelings that this former RAF pilot has had to overcome – this is Mandy's groundbreaking story

The year is 1992. The Royal Air Force (RAF) will only accept male recruits, some bars won’t serve women full-sized pints, and a woman on the front line? Unheard of.

Mandy Hickson is one of the pioneering female fighter pilots who helped mould the RAF to become the inclusive, diverse organisation that it is today. After providing operational service in Iraq, completing just under 50 combat missions and as the second woman to fly a Tornado GR4 in the RAF, Mandy Hickson’s journey is certainly one you’ll remember.

Ever since Mandy was young, she dreamed of becoming a fighter pilot. It may seem like a slightly odd ambition for a young girl, but she was inspired by the greatest role model in her life. “My grandfather was a Second World War pilot,” she says, “and I loved hearing his stories when I was growing up. When I was 13 years old, the Air Cadets, an organisation run by the Royal Air Force, opened their doors to girls for the very first time. Attending the open day, I took my first flight in an RAF plane and knew I wanted to make it my career – although I couldn’t, as women weren’t allowed to be pilots at that time.”

Ah, the age where we start thinking about our career options. Although Mandy didn’t quite know what she wanted to do, she did know that it had to be something physical and away from an office. “I initially thought of the police,” she says, “so I guess you could say that I have a thing for uniforms. But, I was offered a flying scholarship which gave me 30 hours of free flying; of course I snapped it up. I later gained my private pilot's licence, so now I’m 17 and I can fly a plane before I can drive – I loved it.

“Heading off to university I joined a club called the University Air Squadron, which offered free flying. This was a huge step up from the Air Cadets as the RAF uses air squadrons to recruit graduates. They had me hook, line and sinker, but still, female RAF pilots weren’t allowed to fly on the front line.” 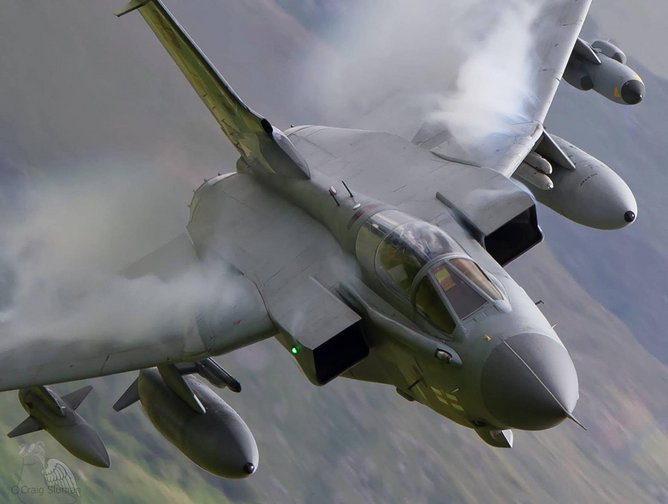 GR4 fighter jet, similar to what Mandy would have flown

Finally, the RAF changed their rules and allowed women to join. Mandy signed up, sat the tests and failed – twice. “When I failed the second time, I was told that there was no way forward for me to become a pilot and they offered me a job as an air traffic controller, which I didn’t want to do,” Mandy says.

“I very much believe in the importance of having someone who believes in you, and for me it was my mentor at the University Air Squadron. As he couldn’t believe that I had failed, he looked into the system, querying why 70% of women were failing the test, compared to 70% of men who were passing.

“Half way through my officer training, the RAF offered me a branch change to become a pilot. I was over the moon, although I did later find out that I was taken on as a test case to see why I failed.”

How do you think Mandy felt before her first flight on the front line? If you said ‘fear’, you’d be wrong. “Imagine training your whole life to play football or netball and finally getting asked to play in the Premier League. You’d most probably be excited, and the only nerves or fear you’d feel would be through not wanting to be the weakest link and letting your team down. This is exactly what it was like for me,” Mandy explains.

“But my first operational mission was in Iraq. I remember it clearly as the Squadron had only been in reconnaissance missions, which is basically taking images of what’s happening on the ground. I was told that I was on a bombing mission, so the pressure was on.”

Imagine this: you’ve just finished university for the day, you head to the bar to order a pint with your colleagues – but the bartender refuses to serve you because you’re a woman. “I had to drink my pint in two half glasses because women weren’t allowed to order full pints,” Mandy says, “so I would order nine pints for my flight and then two half pints for myself.

“There were just little things that took some getting used to. For example, whenever I went to the Gulf they gave me a room that had wall-to-wall pornography, which I would just completely remove. But the guys on either side of me wouldn’t have any, so I knew they were doing it deliberately – it was just childish.

“My course mates were actually the ones who noticed that I got comments about my gender every day – ‘oh, she’s got to put her lippy on’ or ‘oh, must be your time of the month’. It didn’t happen vindictively, it was just tedious. But it was the men that asked the squadron boss to have a word with the trainers, because it was annoying for them, too. That was actually a really big moment for me, because I hadn’t been noticing it. Suddenly I realised it was important to call out behaviours – it doesn’t always have to be the woman that calls it out.” 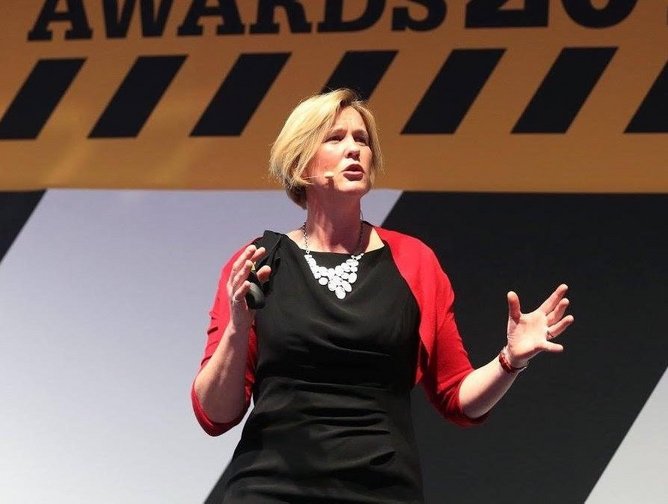 Mandy is now a motivational speaker

It’s no surprise that Mandy had a challenging time fitting into the role, after all, she was the second woman to fly the Tornado GR4 on the front line. But it’s important to remember that these events took place over 25 years ago – Mandy was a pioneer for achieving gender equality within the RAF. “I actually had an email the other day from a female fighter pilot who finished reading my book. She said, ‘Firstly, I loved it. Secondly, thank you for being one of the pioneers who changed it, as it’s not like that now.’ And I’ve heard that a lot, it’s not even an issue being a woman – it’s just part and parcel of the job.”

“I’m a very confident person, and only my husband and close friends will know that I sometimes have doubts. But it’s an issue that needs to be spoken about, as if I feel like that – being a public speaker and former fighter pilot – then anyone can. And women are so much more prone to feel like this than men.

“It doesn’t take a rocket scientist to know why I felt imposter syndrome – I had failed all the tests and I was taken on as a test case, so I was purely biding my time. Even when I got to the front line I was still waiting to be caught.”

When speaking to Mandy, it’s clear to see and hear the enthusiasm she has for flying. It’s therefore no surprise that once she retired, she signed up to be a volunteer reservist to continue flying cadets, to inspire young people to follow a similar path as she did. “I flew a young girl who was the last cadet of the day – she was dismissive and gave monosyllabic responses. After the 30-minute flight, I told her that she was brilliant and a natural flyer. At first she didn’t believe me, but after some reassurance she shared her hidden enthusiasm admitting she was so scared to fail, she didn’t want to fully try.”

Once Mandy left the Air Force, her next natural step was to become an airline pilot. But this wasn’t quite what she had in mind. She says: “This is where the idea of ‘follow your dreams’ comes in, as after I had done one motivational speech, I would tell people: I am a motivational speaker.

“So now, I inspire girls and women to potentially go into these male-orientated careers, while also showing that anyone can do it no matter their background. I speak about my flying career, how aviation has created a safe culture and how if you work hard, you will do well.

“I also wrote my book, An Officer Not a Gentleman, which has landed really well as I’ve found that people take what they want and use them as personal lessons.”