30x30 scheme to increase number of women in police to 30% 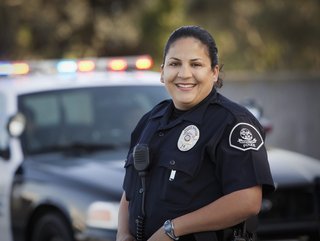 Credit: Getty Images
The 30x30 initiative aims to increase the number of women police recruits to 30% by 2030, to have a positive impact on departments and communities

Currently, women make up only 12% of law enforcement officers in the US, and 3% in police leadership, yet efforts are being made to increase these numbers to tackle policing culture.

The 30x30 initiative aims to increase the representation of women in police recruit classes to 30% by 2030, and to ensure police policies and culture intentionally support the success of qualified women officers throughout their careers.

Maureen McGough, chief of staff at the Policing Project at New York University School of Law, is one of the founders of the initiative, says: “It's not just about getting women in the door, but on transforming police agencies by taking a deep look at policies, procedures and culture.”

How the 30x30 initiative aims to improve police culture

The 30×30 Initiative is a coalition of police leaders, researchers, and professional organisations who have joined together to advance the representation and experiences of women in policing agencies across the United States.

Across the US, nearly 200 agencies have signed up to the project. When policing agencies take the 30x30 pledge, they must report on their efforts to identify and address the obstacles that women officers face in recruitment and throughout their careers. Agencies are encouraged to share both the challenges and successes that women face.

Women’s impact on the police force

Although the initiative hopes to drive equality, it also aims to increase the representation of women to increase public safety. Research shows women officers use less force and less excessive force; are named in fewer complaints and lawsuits; are perceived by communities as being more honest and compassionate; see better outcomes for crime victims, especially in sexual assault cases; and make fewer discretionary arrests.

University of Wisconsin Law Professor Keith Findley, who is also a member of Madison's Police Civilian Oversight Board, also highlights that a number of studies show that having a higher presence of women in the police force has a positive impact on the police department, as well as the wider community.

His research also shows that female officers are also more likely to be trusted by communities of colour and low-income neighbourhoods – both of which are policed more heavily.