Cryptocurrencies: Are they worth the hype? 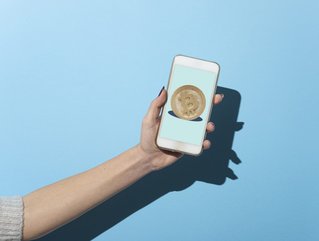 Credit: Getty Images/Francesco Carta fotografo
Whether you love them or hate them, Cory McCruden founder of Norstar Insights, is here to explain whether cryptocurrencies are a viable investment option

Cryptocurrencies have been dominating headlines recently with the price of Bitcoin plunging to its lowest point since 2020. While crypto may not be for everyone, 18% of people in the UK and 16% of people from the US own at least some crypto currency, according to surveys. In addition to retail, institutional investors are rolling out their own crypto strategies including traditional banks, such as Bank of America.

The most well known cryptocurrency, Bitcoin, was launched in 2009 by an anonymous developer or group of developers by the name Satoshi Nakamoto. While there are now more than 19,500 different cryptocurrencies with a total value of over a trillion dollars (as of May 2022), Bitcoin is the largest and most significant.

Fiat currencies, such as the US dollar or British pound, are backed by governments, and their value is supported by the economic power of that particular country – Bitcoin value is determined by supply and demand. Since there is a limited supply of Bitcoin by design, when demand for it goes up, so does its price.

Bitcoin facilitates and records transactions on a shared digital ledger or blockchain, which means government entities and financial intermediaries are not involved. This makes it possible to transfer value faster in near real time and at less cost with theoretically little-to-no transaction fees.

As central banks cannot increase the supply of Bitcoin and therefore influence its price, some believe this reduces the risk of reducing value via inflation. Others see crypto as a means to serve communities that have historically been neglected by banks and traditional financial service providers.

Bitcoin prices are extremely volatile, so using them to pay for goods and services at this stage is unrealistic: UK and US bank deposits are protected up to a certain amount of money, but this is not the case with crypto.

But the jury is still out on how Bitcoin will evolve, as both a store of value and means of exchange. Governments around the world are still figuring out how to deal with crypto currencies, so regulation when it comes will likely impact the market in ways yet to be determined. That said, it’s definitely a significant trend worth following.