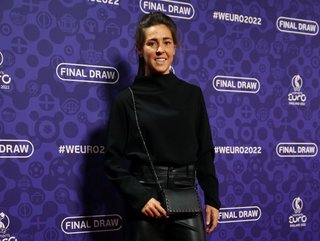 Soccer Aid for UNICEF is back to raise money to support children from across the globe, by holding its 10th charity football event.

Former footballer Fara Williams will be among the England team, proudly representing women in the sport. She will play alongside celebrity stars such as singer Liam Payne, former football coach Gary Neville and actor Lucien Laviscount as part of the England XI team.

Fara has previously played as a central midfielder for Everton, Chelsea, Liverpool, Charlton Athletic, Arsenal and Reading, while also playing 172 times for the England Women's Team, – making her their highest capped player.

She also featured on Team GB at the 2012 London Olympics, and was appointed Member of the Order of the British Empire (MBE) in the 2016 New Year Honours for services to women's football and charity.

Soccer Aid says: "We want every child to have the health care and nutrition they need to grow up happy, healthy, and able to play.

The organisation believed that through the game, it can help “UNICEF provide vaccines, fight malnutrition, and provide safe spaces to protect children in times of crisis, helping kids get back to the childhoods they are entitled to.”

Team captain Liam Payne adds: “It doesn’t get much better than captaining England in Soccer Aid while fundraising for UNICEF. I can’t believe I get to run out onto the pitch with some of my heroes all while raising money for such a great cause. To be given the captain’s armband is a real honour and I’m determined to lead us to victory!”
This year’s event will be held at London Stadium on Sunday 12 June, with a special appearance from singer and founder Robbie Williams at half time. Although the kick-off time is yet to be decided, tickets can now be purchased here.