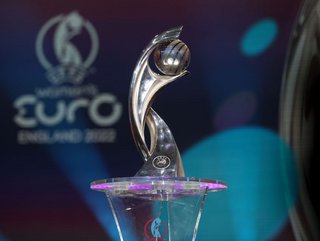 Credit: Getty Images/Naomi Baker
This week, we’re celebrating the appointment of a CEO, a new sponsorship for women’s football and a prestigious business award

Fashion retailer New Look has appointed Helen Connolly as its new CEO, replacing Nigel Oddy. Prior to this role, Helen was CEO at Bonmarché for four years, before joining New Look as COO.

“It’s a privilege to be taking on the role of CEO at this iconic British brand,” Helen says. “New Look is a leading womenswear fashion retailer, and for good reason. People shop with us because we make them look good and feel great and I am excited about the many opportunities we have ahead of us.”

Gillette Venus, a UK leading female shave care brand in the UK, has been announced as the latest national sponsor of UEFA Women’s EURO 2022. Gillette Venus will join Pandora, the LEGO Group, Starling Bank and LinkedIn as sponsors. The tournament will be hosted in England this summer from 6-31 July.

Guy-Laurent Epstein, Director of Marketing at UEFA, said: “Having a brand such as Venus join the list of UEFA Women’s Euro 2022 commercial partners is really positive news. It acts as further proof of the value that major brands see in engaging with UEFA women’s football competitions. We look forward with great interest to see how they will activate this partnership during what promises to be an exceptional tournament”.

Fenwick has been named as the best law firm for women in North America at Euromoney Legal Media Group's 2022 Women in Business Law Awards. The award was the most prestigious given this year, and was one of three given to the firm.

Fenwick was also named as the best law firms of the following categories: