Could Penny Mordaunt become the UK's next Prime Minister? 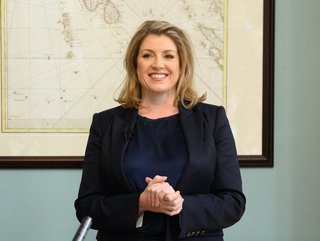 Credit: Getty Images
The search for the UK’s next PM is well underway – but could MP Penny Mordaunt be the next face of Britain? We take a look to find out more about her

Prior to the step-down of Boris Johnson as UK Prime Minister on 7 July, few people had heard the name Penny Mordaunt; even fewer knew of the MP’s political persuasion or the power she held within the Conservative party.

In fact, according to a report published in the Daily Mail earlier this week, only 11% of the British public can identify Penny Mordaunt when shown a photograph of her.

But this week, as the battle among Tory MPs to be the next British Prime Minister rages on, Penny Mordaunt’s name has become as ubiquitous as her main rival Rishi Sunak’s, and her friendly and feminine face – splashed across newspapers and TVs – has become the one to watch.

Currently serving as trade minister and Portsmouth North MP, Penny Mordaunt is among the frontrunners to take the nation’s top job, placed second only to former Chancellor Rishi Sunak in the number of endorsements from Tory MPs. She first secured 67 votes in Wednesday’s first vote of the parliamentary party, compared to Rishi’s 88; and then won 83 votes in Thursday’s second vote, compared to Rishi’s 101.

Who is Penny Mordaunt and why is she tipped as the next PM?

So, what do we need to know about the Tory face that launched 83 votes and put her in second place to be the UK’s next Prime Minister?

That she was the first-ever woman to serve as Armed Forces Secretary – in 2015, under David Cameron, and first woman to hold the position of Secretary of State for Defence (2019). Or, that she is the only female MP who is a Royal Naval Reserve. Or, that she has spent time in US politics working on George W. Bush’s 2000 and 2004 campaigns. Or even, that she once worked in a Johnson & Johnson factory and volunteered at a Romanian orphanage.

Not only has Penny Mordaunt smashed the political glass ceiling, clocking up a number of female firsts, she has vast experience in work and in life – both in the public and private sectors, across numerous industries, and from the factory bottom to the political top.

And it is this perhaps that is serving Penny so well, securing her the support of so many of her Tory peers, and increasingly it seems, the public.

Her strong military knowledge and experience, including her membership of the Royal Navy from 2010 to 2019, not to mention her prior roles as Minister for the Armed Forces and Secretary of State for Defence, could be seen as a major advantage given the current crisis in Ukraine. She is even militarily named, after HMS Penelope by her parachuter father. And her passion for the forces extends even further – she appeared on ITV’s diving show Splash! In 2014, and donated her £10,000 appearance fee to four armed forces charities.

It's not the only philanthropic work she’s undertaken, having volunteered at a Romanian orphanage during her gap year while studying Philosophy at Reading University.

This, along with her diverse work and life experience, could potentially make her a popular choice when voting reaches the wider Tory membership (the 100,000 members of the public who are paying members of the party).

In the political domain, as well as serving in Defence under David Cameron, Mordaunt subsequently served in various high-profile roles under Theresa May – as Secretary of State for International Development in 2017, Minister for Women and Equalities in 2018, and Secretary for Defence in 2019. And then under Boris Johnson, serving as trade minister, her current role, along with being MP for North Portsmouth.

Prior to becoming an MP, of Portsmouth North in 2010, she worked as Head of Youth for the Conservative Party under John Major, and head of broadcasting under William Hague.

Her political persuasion is more far-reaching, however, with a stint across the pond working as Head of Foreign Press for George W. Bush’s campaigns (Mordaunt worked in public relations before turning to politics).

And if her political persuasion and life experience don’t get you, her connections just might. She is related to actress Dame Angela Lansbury, Philip Snowden – ironically, the first Labour Chancellor of the Exchequer, and George Lansbury, a former Labour leader.

What are Penny Mordaunt’s political views?

Mordaunt has been in and out of the spotlight in the Conservative party for the last eight years with her many and varied positions, starting with Minister of Local Government in 2014, up to her current role as Minister of State at the Department of International Trade (since 16 September 2021).

Importantly for the Conservative party faithful, Mordaunt pushed for the UK to exit the EU as part of the Leave campaign – actively pushing for Brexit in the lead-up to the referendum. This will sit well with the 100,000 Conservative party members who will ultimately decide who becomes the next party leader and, therefore, Prime Minister.

The fact that Mordaunt was not part of Boris Johnson’s Cabinet or one of his close advisors is seen by many neutrals as a positive, effectively distancing her from recent scandals. The same cannot be said of the likes of Rishi Sunak who served as Johnson’s most visible Minister as Chancellor during the COVID-19 pandemic.

It’s not all positive though. She has been caught out telling lies on various occasions including on the transgender issue. When serving in the role of equalities minister, she claimed she supported transgender people, but this week, during her campaign launch, she has taken a harder line. She was infamously called out on TV by David Cameron, when was PM, after claiming the UK could not stop Turkey joining the EU. Cameron clarified the following day that “Britain and every other country in the EU has a veto on another country joining”.

It is a combination of her Brexit stance, military background, no-nonsense plain speaking and willingness to draw on nostalgia for the ‘good old days’ of low-tax Conservative rule that seems to be playing well with those all-important party members.

It will not have gone unnoticed by Conservative MPs looking to hold on to their seats that a recent YouGov poll (on Wednesday) put Penny Mordaunt top, and well ahead of her realistic rivals. She garnered 27% of the party vote, Kemi Badenoch came second with 15%, while Rishi Sunak and Lizz Truss both polled 13%.

The process for selecting the new Prime Minister means that the field is effectively whittled down to a final two candidates in a series of votes by Conservative MPs. In something of a media circus akin to a reality TV show, the candidates with the fewest votes each round is eliminated until only two remain. Today (Friday) also sees the start of a series of televised debates, where the general public can also gain more insight into each of the potential new leaders.

Could Mordaunt win a general election if she becomes Prime Minister?

This wider public perception is vital. It’s all well and good for MPs and the card-carrying Conservative membership to pick a leader, but that leader also has to be able to at some stage deliver a general election victory with the wider voting public. While Boris Johnson was lauded for being the Tory who managed to win unwinnable seats in the so-called Red Wall in the North of England, which traditionally voted for the Labour party, the next PM needs to be able to retain those seats, while also reassuring those voters in the Conservative heartlands further south.

Whoever wins this leadership race will not be a Prime Minister chosen by the British public. In fact, it may not even be a Conservative party leader chosen by its members. If candidates choose to step down and leave the leadership race, we could be left with only one person left standing – who would then automatically take the nation’s top job. Could that PM be Penny Mordaunt? We could know the answer as soon as next week before Parliament takes its summer break. Watch this space. 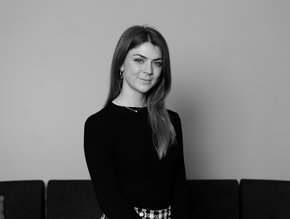 A day in the life of the March8 Editor

To kick off our new ‘day in the life’ series, Lucy Buchholz shares a behind-the-scenes glimpse of what it’s like to be the editor of March8… 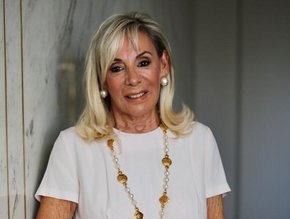 How she got there: Linda Plant

We sat down with Linda Plant, one of the most influential women in business, to discover the choices that led to her rip-roaring entrepreneurial success…