67% of working mothers have had their careers “stalled” 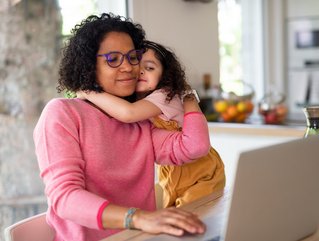 Credit: Getty Images/Halfpoint Images
New research from workingmums.co.uk has found that two-thirds of working mothers feel their careers have been “stalled” by having children

Sixty-seven percent of working mothers feel that having children has “stalled” their career, according to new research from workingmums.co.uk.

The survey, which included 2,264 working mothers, found that 90% had not received a pay rise in line with inflation. As a result, 58% shared that they were either looking for a new job or for an additional job to increase their pay.

Of these women, 55% shared that would look to change careers in the next 12 months, with 38% considering changing the sector they’re in.

Charles Cotton, senior reward adviser at the CIPD, said that many “employers won’t be in a position to increase pay to match the current rate of inflation, they can explore ways of reducing the costs associated with being a parent”.

Mothers are living below the poverty line

Some mothers have been found to be living below the poverty line, with 7% sharing that they used a food bank within the last year. Single mothers were found to be hit even harder, with 15% using food banks, according to research from Social Market Foundation.

Families were found to spend roughly 7% of total earnings on childcare costs.

On the other hand, women who did not have children could expect their salaries to increase by over one-third over a decade.

“We know women are more likely to bear the brunt of any economic downturn when compared to men, and with the cost of living crisis coming hot on the heels of the pandemic,” Katy Neep, gender director at Business in the Community (BITC) comments on the lack of equality in the economic downturn.

The urgent need for flexible working

Flexible working has become one of the most influential factors that can tip the balance of whether women stay in the workforce, with Katy stating the “difficulties balancing” work and family life can cause women to leave.