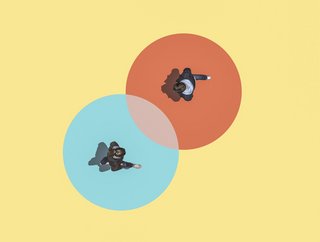 Although there are signs that the gender pay gap is improving across the globe, one nation is still facing a disproportionate gap.

The She’s Price(d)less report, was published by the Diversity Council Australia (DCA), KPMG and the Workplace Gender Equality Agency (WGEA), to evaluate the contributing drivers of the gender pay gap and to highlight what needs to be implemented to close the gap. The report revealed that in Australia, the gender pay gap is nearing AUS$1bn per week ($966m) – AUS$51.8bn per year.

“Since our last report in 2019, the gender pay gap has remained stubbornly unchanged despite action across the public and private sector to tackle gender inequality,” says KPMG Chairman, Alison Kitchen. “We must collectively increase our efforts to build a better and fairer Australia.”

Gender discrimination is leading driver of the pay gap

Analysis was based on the Household Income and Labour Dynamics in Australia (HILDA) survey, which shows gender discrimination remains the leading driver of the pay gap, contributing 36% of the US$2.56 hourly pay gap. Other key pay gap drivers are caring for family and workforce participation (33%) and the type of job and industry sector of employment (24%).

Gender discrimination was found to be the leading driver of the pay gap, contributing 36% of the $2.56 hourly pay gap. Caring for family and workforce participation was another key driver (33%) and the type of job and industry sector of employment (24%).

The study also shows that the pay gap worsens over time. At the start of a woman’s career, the pay gap will be about 6%, before increasing to 18% when they enter more senior managerial roles..

“To act with purpose in addressing the gender pay gap now would not only invest in our nation’s future economic prosperity but also help overcome the tough economic conditions we face,” says DCA CEO, Lisa Annese.

“Action now is particularly important for low paying industries where women comprise the workforce majority, such as healthcare and education, which we rely on in our daily lives.”