Could Menopause Ambassadors support women in the workplace? 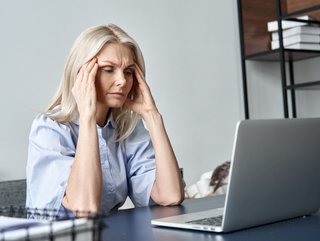 Credit: Getty Images
Welcoming a Menopause Ambassador into the workplace shows that employers are supporting women’s health, while educating colleagues

Research shows that 10% of menopausal women have had to leave their job because of their symptoms.

In the UK, the Women and Equalities Committee has urged businesses to create a Menopause Ambassador. The role is designed to support women in the workplace and prevent them from having to stop working.

The menopause explained: a highly tabooed section of women’s health is being explored with digital healthcare

A girl’s hormone levels take off in her adolescence when periods start. Years later, a woman’s hormone levels decrease, usually by her mid-forties. This causes her periods to stop, meaning she can no longer conceive children. This can happen much later and even earlier, or due to surgeries such as a hysterectomy (the removal of the uterus).

A woman has reached the menopause when she has not had a period for 12 months. This is a huge change for a woman’s body and can cause an avalanche of unpleasant symptoms, such as hot flushes and random bleeding, as well as feelings of anxiety, mood swings and brain fog.

The menopause is a physical and emotional challenge, as well as a social one, due to the heavy taboo surrounding women’s fertility. The placement of a Menopause Ambassador can work to remove this, not just by supporting those women enduring the menopause, but also by educating men and providing younger women with the knowledge of what to expect.

One organisation spearheading greater understanding of menopause is Over The Bloody Moon, which recently showed a group of male British MPs what the menopause is like with the MenoVest, a device which mimics hot flushes.

In the pursuit of more inclusive workplaces, businesses are endorsing Menopause Ambassdors to support these women.

“Too many women are leaving the workforce at the peak of their careers because they do not have the right support through menopause,” said Alex Perry, CEO of Bupa Insurance. “This terrible loss of talent and the impact on their lives needs tackling urgently. Organisations that are serious about improving gender diversity, or already have a large female workforce, need to get serious about women’s health. This is something male business leaders also need to show leadership on and the good news is that taking action is relatively straightforward and inexpensive, especially compared to the consequences of doing nothing.”

"As businesses continue to make progress on gender equality, it's important we have the infrastructure and policies in place to support women throughout their careers,” said Kevin Ellis, Chairman and Senior Partner at PwC UK. "It makes business sense to invest in making sure all our people are happy and healthy, so it's an obvious decision to recognise and understand the impact of different health issues, including the menopause. We've had great feedback from both our people and our clients on the work we do to educate and support our people on the menopause. I encourage other employers to look at what they can do to support their people in this area."