How have the recent tech layoffs impacted workplace DEI? 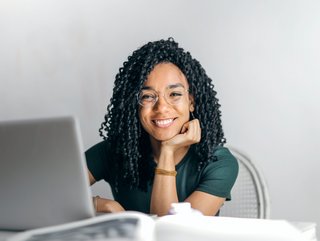 The technology industry has seen an unprecedented number of layoffs throughout 2022 – but how has this impacted DEI and how can it be corrected?

Elon Musk sparked fury after he bought Twitter for $44bn, then immediately fired half of the company’s 7,500 workers. He also fired 90% of Twitter employees in India, leaving 12 staff remaining.

But the South African billionaire isn’t the only tech boss to make cuts. In fact, three of the four most diverse tech firms – Zoom, Twitter, Cisco and Microsoft – have had to lay staff off in the last few months.

What’s more, tracking website layoffs.fyi found that more than 140,000 tech staff have been laid off across 946 companies in 2022.

This raises the question: How are these job cuts impacting diversity?

"Recessions are cyclical events and I’ve seen several during my working career,” says Binna Kandola, Business Psychologist and co-founder of Pearn Kandola. “I’ve also had the opportunity to see what happens to diversity and inclusion strategies and initiatives during those times.

“Because of the stress placed on organisations, people will see diversity and inclusion as irrelevant to their current economic plight. In these circumstances, senior leaders within organisations tend to revert to those people who they have the most confidence and trust in – in other words, they turn to their 'in' group. As a result, whatever progress has been made during the preceding years tends to be lost, and the technology sector is no different to any other in this regard.”

Although 2022 hasn’t been the strongest year for the tech industry in terms of diversity and inclusion, many organisations still focus on increasing women's representation in the field.

The Koa Club, a community for high-achieving women, launched its Women in Tech (WIT) leadership programme, to equip women in male-dominated industries with strategies to better manage professional and personal challenges.

Susan Seah, CEO and Founder of The Koa Club, says: “Unfortunately, women have always been disproportionately impacted when companies downsize, and these recent mass layoffs occurring in the tech industry are in effect tearing down the hard-earned diversity improvements that the tech industry had achieved in the last decade.”

The programme, named “#RightToSucceed”, will cover topics such as imposter syndrome, self-doubt and fear of failure while providing skills such as effective communication, emotional intelligence and collaborative influence for essential relationship-building.

Supporting the programme, Binna says: “Insightful organisations see inclusion and diversity as critical to their success. Enabling people to feel that they can contribute to the business's continuing success is essential if they are resilient and able to recover quickly from the situation they find themselves in.

“Failure to utilise all the talents available to an organisation will lead to less than optimal results. Furthermore, failure to pay attention to inclusion can make people feel that they do not belong to the organisation and therefore may be less committed to its continued success in the future.”