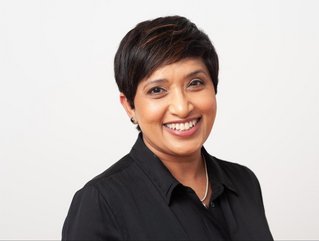 From growing up in India to working in Australia and the US, Supriya Iyer has faced numerous challenges on her road to a successful career

As Director of Global Networking Supply Chain and Commercial Operations at Google, Supriya Iyer shares her journey of resilience, leading with empathy, and supporting others.

More than half a century ago, India was one of the first countries in the world to elect a woman as prime minister. Yet, in domestic settings, Indians tend to say men should have more prominent roles than women. About nine-in-ten Indians agree with the notion that a wife must always obey her husband, including nearly two-thirds who completely agree with this sentiment.

Growing up in India, Supriya faced the challenges of living in a society that rarely valued independence and leadership in girls. “Growing up, it was never a level playing field for girls in India,” Supriya says. “Girls in India were expected to do well academically but could not dream of being a CEO. They were expected to follow more than lead, and obey more than anything else. The double standards and traditional expectations made it difficult for girls to listen to their inner voice and strike their own path. When I chose to study Engineering, there were many who asked my parents about the advisability of spending money on a daughter’s education. This regressive mindset only made me more determined to succeed in my chosen path and be a role model for others like me.”

Supriya’s self-confidence came from the support that her parents gave her and her sister. Their parents imbued values of hard work, honesty, service and humility above everything else. “Besides my parents, I have been fortunate to have teachers who encouraged me to take up leadership roles and serve the school and broader community. There were several opportunities at school to lead and volunteer and I took full advantage of those opportunities. Every opportunity taught me something new and I was eager to learn. Sometimes, it also attracted criticism and ridicule and I learnt to take that in my stride.

After school hours, I tutored less privileged children. Teachers in my high school along with some students provided support for leprosy patients who were generally shunned by society. Stigma against the disease due to its disfigurement causes its victims to be shunned and patients were impacted in every area of their life. There was a huge outcry against the school, teachers and students for doing this work but we knew it was the right thing to do.” Incidents like these taught Supriya to stand up for what she believed in and do the right thing.

“I chose to study Mathematics and Information Systems at one of India’s premier Engineering institutions: Birla Institute of Technology and Science (B.I.T.S) Pilani. The next five years (Double Masters in Mathematics and Information Systems) shaped my thinking and confirmed my desire to pursue a career in technology. However, it wasn’t a straightforward path. There was a sense of freedom being surrounded by other like-minded girls who were passionate about science and learning. I formed friendships that endured the test of time and learning that transcended the classroom. While there were many professors who opened our eyes and minds, there were also a few who thought women studying Engineering was a waste of time as they would get married and not work another day of their lives. “It was hard not to feel dejected in the face of such perceptions but my dreams made me even more determined to prove the naysayers wrong. Learning to ignore those who say you can’t has helped me step into new spaces and bring others with me. I faced backlash and resistance because I was smart, opinionated and a woman.”

Soon after, Supriya met and married a fellow engineer Sadha Kameswaran and they soon moved to New South Wales, Australia.

The move to Taree New South Wales brought new adventures and experiences. Supriya started working in the supply chain team for an Automotive supplier. Here, she was fortunate to have an excellent mentor and extensive support from the leadership team. Her rapid growth raised some concerns with the long-term employees who were suspicious of an educated foreign woman.

“It would have been easy to dismiss it as jealousy or even racism but I chose to engage with my peers more and got to know them really well,” Supriya says. “I had to do the lion’s share of work in building those relationships but it was worth it. To this day, the burden of creating awareness, educating the dominant groups about inclusion, diversity and equity falls on the shoulders of the underrepresented groups.” That experience taught Supriya the value of building trust and leading with empathy. “The unconscious biases may be different in different situations but the struggle for equity and inclusion is the same all around the world.”

Supriya and her husband Sadha moved from Taree to Melbourne with new jobs and soon thereafter their first daughter Tanya was born. Supriya says: “The challenge of every working parent is having a reliable support system. Luckily for me in addition to childcare, my parents were also willing to help and this meant my husband and I could focus on our careers while bringing up a child. Not everyone is as lucky and it is important that organisations and leaders support working parents. As a people manager, I have consistently tried to support my team to achieve their life goals.”

Three years later, the couple welcomed their second daughter Divya into the family. Being a mother to two daughters made Supriya more determined to create and support equitable workplaces and communities. Managers can play a pivotal role in ensuring women come back to the same or higher level roles post parental leave. “When I started working at General Electric (GE), I saw high-achieving and ambitious women who were choosing both – a successful career and a fulfilling personal life.”

Having these role models at work empowered Supriya greatly and inspired her to be a positive role model to her daughters and other women. Role models affect the way people view themselves and the world around them, and ultimately affect their decisions about how to conduct their lives. Often, girls do not see enough role models in STEM and therefore they hesitate to pursue careers in these fields. “I started actively reaching out and supporting women at work and in the community. It would be as simple as helping someone craft a resume or helping them prepare for interviews or a crucial conversation at work.”

In 2006, Supriya moved from GE to Orica (one of the world’s leading mining and infrastructure solutions providers) seeing the potential to enable cultural change and drive operational excellence. Unlike GE, Orica was only starting its journey of cultural transformation and operational excellence. Here, Supriya was instrumental in coaching high-potential team members to leverage Lean Six Sigma and change management approaches to solve critical business problems.

Under the sponsorship of Orica’s CEO and Executive Global Head of HR Trisha McEwan, Supriya spearheaded emerging talent programmes that helped to create a strong pipeline of diverse talent into strategic roles. The number of women taking up these roles in key markets increased and their diverse perspectives helped to drive innovation and a more inclusive culture. Again, these young leaders had to stand up against systemic sexism in the workplace and supporting them was key to their success and the future of the organisation.

At Orica, Supriya was also part of the CEO-led Diversity group. Their work resulted in greater diversity at the Orica Board and leadership levels and accelerated the hiring and growth of more female engineers. “I realised my mission in life is not merely to survive, but to thrive; and to do so with some passion, some compassion, some humour, and some style to quote Maya Angelou.”

After over two decades in Australia, Supriya and her family moved to the Bay Area in California. It was a family decision driven by her husband’s role shifting to the US and Supriya’s interest in working in Silicon Valley.

It became harder to sustain this enthusiasm when she was rejected by all the big tech companies as her experience did not fit the conventional tech mould and her resume never reached a hiring manager. About this time, Supriya says: “In the words of Maya Angelou, I learned a long time ago the wisest thing I can do is be on my own side, be an advocate for myself and others like me.”

Practising self-advocacy meant that Supriya shared her experience with people she met in the valley and sought their guidance. It was gratifying to see the number of people who extended a helping hand and even made the critical introductions which landed her first role at VMware. A year later Google approached her for a role in Google Cloud and Supriya was delighted to accept it!

Her first role was in the Google Cloud Platform Professional Services team and three years later, she took her current role of leading Supply Chain and Commercial Operations. Being part of the Networking DEI Board and co-chair of Women in Networking at Google enables Supriya to work on her purpose of increasing the impact of women in technology. Supriya says: “Leading the Supply Chain team during a time of unparalleled constraints and COVID has meant that I need to be more mindful of my team’s wellbeing. Ensuring that they are engaged, optimistic and enabled has been top of mind for me.”

Google’s inclusive culture, policies and leadership mindset enable managers to develop resilient teams that thrive in ambiguity. “Working in supply chain and operations has also taught me the value of partnerships and why building trusted relationships is critical. Growing Google leaders in the supply chain, operational excellence and programme management is my top priority. Similarly, continuing to support the growth and development of underrepresented groups especially women will be my lifelong purpose.”