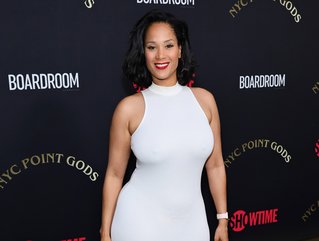 The centre’s name, which has an extra ‘A’ to the classic STEM, stands for science, technology, engineering, arts and mathematics. Niesha shares that S.T.E.A.M. CHAMPS is the first robotics and coding centre in the US to be Afro-Latina owned.

"So we are a science, technology, engineering, arts and maths centre,” Niesha said. “We wanted to include art. A lot of times the kids are on the computer a lot and they don't have a lot of unplugged activities.

"There’s not a lot of people of colour in tech. These jobs are open for everybody and they’re empty… So obviously we need to do a better job at educating our kids and in recruiting them.”

Although Niesha led an incredibly successful sporting career, starting at Georgia Tech then moving to WNBA's Liberty, she first fell in love with STEM at just 12 years old when she took her first class. She says: “I really look back to that time because that set the foundation that gave me the confidence that gave me the skill. It was a yearlong class and I realised I was the only female in that class. And, of course, the only person of colour in that class.”

Through launching the centre, Niesha aims to boost the representation of Black people in STEM careers, which is currently at just 9%.

Although creating S.T.E.A.M. CHAMPS may not have been an obvious career path to venture down once Niesha stepped back from basketball, she expresses that it’s a way in which she’s able to inspire children. “I'm actually having a purpose, to make a difference in these kids' lives," she said.

Although S.T.E.A.M. CHAMPS may be the US’s first coding and robotics centre focused on owned by a Afro-Latina, there are many other centres around the country that have a similar focus. Black Girls CODE is just one example.

“Unfortunately, STEM is a white and male dominated field,” said Kimora Oliver, alumni of Black Girls CODE. “I feel like [Black Girls CODE] is giving a diverse group of Black girls the exposure that they need to decide for themselves whether they want to continue with STEM in the future.”