Strengthening the career ladder for women in the workplace 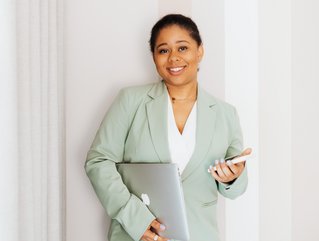 It’s been long established that men dominate the workplace, and while the number of women in leadership positions has grown considerably in recent years, there’s still room for improvement. In order to create workplaces that foster high-performing teams, businesses need to take a proactive stance when it comes to developing female employees, attracting and retaining women at all levels, and seeking to support staff regardless of their gender.

Career progression for women tends to plateau in their late 20s and early 30s, and those who enter the job market in lower paid roles rarely progress at the same rate as their male counterparts. So what can be done to create a culture of growth for women in the workplace and help female employees succeed?

Why repairing broken systems is important

Women make up half the workforce, and they have the capacity to fill virtually every position in a company, whether it’s marketing, sales, accounting, engineering or tech, all the way up to CEO. Women are just as valuable to a company as their male colleagues, yet the opportunities given to them are often fewer and further between, and take longer to be offered in many cases.

Early promotions in a career are the most critical to success, according to recent findings. Failing to promote women to senior roles has consequences for both individuals in those roles and for companies overall since businesses with women in more senior positions have been found to earn 50% higher profits.

Supporting women with the training and development they need can have a positive impact on the business as a whole, and this is cited as one of the key reasons why women struggle with progression. For example, short-term executive coaching can have a huge impact on goal achievement for businesses, according to Bob Bannister at iManage, with improvements of over 70% in some cases that are transformational for the whole organisation. But few companies actively monitor the advancement of women for these senior roles and do little to retain female employees until they’re ready to leave the business altogether.

Another challenge that women find as a barrier to their progression is the lack of flexibility in working. Caroline Doherty at Capability Jane argues: “The need to work flexibly isn’t a women-only issue. It’s something that impacts all genders. We know that being able to work flexible hours improves health and wellbeing – we see the two as intrinsically linked – so it’s little surprise these two factors were the main contributors to slowing down career progression”. A lack of flexibility can prevent women from being able to move up the career ladder, especially since women are still often the primary caregivers in the home.

Industries where female workers are the lowest

According to government data, trade roles such as electricians, carpenters and plumbers are all industries where female workers are the lowest, but there are also huge pay discrepancies in finance and insurance industries, healthcare and non-profits, all of which highlight significant problems in how women are being paid for their jobs. In finance and insurance, for example, the pay gap for women currently sits at 77 cents, while for transportation and warehousing, it’s 87 cents.

Gender stereotypes, social norms and a lack of training and upskilling are all responsible for the number of women trapped in low-skilled roles and earning lower wages. From tech to traditionally male-dominated industries like transport, women aren’t being given opportunities and aren’t being allowed to progress, which has a knock-on effect not only in the number of women we see in leadership and executive roles but also in attracting future generations to these industries.

Encouraging diversity is incredibly important to bring a range of backgrounds, capabilities, perspectives and cultures to a business. It opens up your business to a wider range of talent and can also improve productivity and morale within the team, reducing staff turnover. A cognitively diverse team problem-solves faster and offers your business better results. McKinsey found that the greater the representation of women in a company, the higher the outperformance of the business, with companies with over 30% female executives outperforming companies with lower percentages by as much as 48%.

How to attract women to different sectors

We understand that strengthening the career ladder for women is vital, but how can businesses take the leap and create more opportunities for women?

Take time to look at the progression pipeline in your business and assess whether there is an equal number of men and women moving up the career ladder. Is there a fair balance of people being promoted to senior positions or are they leaving before they have the opportunity to reach a promotion? If your turnover rates are high, you need to look at what barriers are preventing people from climbing the ladder and remove those barriers so that progression is accessible for all.

Create a culture of equal opportunity

One of the most important elements of strengthening the career ladder for underrepresented groups is to adopt discrimination-free policies and develop strategies that are centred on a culture of equality and diversity. If a company is truly interested in offering women more opportunities than they need to be hiring based on the requirements of a job and assessing individuals based on their capabilities and experience.

Gender shouldn’t play a role at all, but it’s also important that within the company, everyone is offered the same opportunities to develop their skills, attend training and workshops, and gain qualifications to enable them to confidently apply for roles as they arise.

So often, women have the drive and potential to take on a leadership role, but they don’t have the skills or training to do so. This puts them at a disadvantage when applying for roles or being offered promotions. It’s one of the primary challenges that women face in the workplace, but also one of the easiest for businesses to resolve. To help women pursue leadership roles, businesses need to provide them with training opportunities and target the skills they’re struggling with so they can progress with confidence, whether that’s management training and coaching, negotiation and communication skills or industry-specific training.

From training and skill building to understanding the challenges and obstacles women face in the workplace and actively removing those barriers, there’s still so much more businesses can be doing to help foster a more inclusive and diverse environment to help women move up the career ladder with the same ease that their male counterparts can.