The race for a corner office: Dax Grant 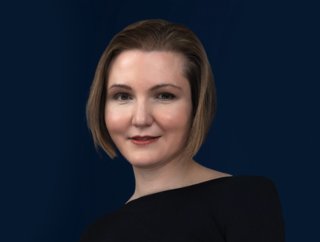 We spoke to Dax Grant, CEO of Global Transform, to hear her account on how we can achieve the ambitious goal of getting more women in the C-suite

I see myself as someone who began life from behind the starting line. I grew up in Bosnian family, and when I started school I couldn’t speak a word of English, but from my story, I like to believe that disadvantage can be an advantage, as it made me work with focus to get to where I am.

Open-mindedness is essential in recruitment. Although women can work harder to reach C-suite level, I believe that businesses need to be perpetually opening their doors to equal conversations. In saying this, I don’t simply mean that the roles are being advertised, but rather that those recruiting for the role proactively reject unconscious bias, prioritise diversity and don’t have a predetermined mindset in hiring decisions.

When more businesses encourage women to take key executive seats and proactively support, we’ll see more women holding C-level positions. Some employers believe that if they have the correct wording on their job adverts they will attract minority groups, but it requires fair and active hiring of diverse candidates for improvement to be evident.

Equally, if the door is open, women also need to step through. I speak to a lot of women at various stages of their careers – some are ready to step into influential seats with the appropriate environment, whereas some see entering the C-suite as a disadvantage, for example, if they want to start a family. I believe if you want both, build for both!

I’m a big believer in knowing yourself and having a clear vision of what you want. On your professional business journey, people may share their doubts about your path, but there’s a strength in distinguishing what they think your limitations are, and what you know you can actually achieve if you keep going.

As women, we face a point in our careers where we decide whether we want to have a child or not. For those women that do, I want them to know that having a family doesn’t have to slow you down. In fact, some of my greatest career shifts have happened post-baby. Following the birth of my daughter, I actually took on an Executive MBA and next job at the same time.

It’s very easy for women to feel guilty juggling family life and a career, but my two children came up with a phrase that I hold central: “the more you are you, the more we are us.” So in essence, if I hadn't followed my career path to become a role model for them, they wouldn't have had the chance to see what they describe as a role model in their immediate life. We have a duty to walk our own talk!