The Great Breakup: Why women are leaving employment 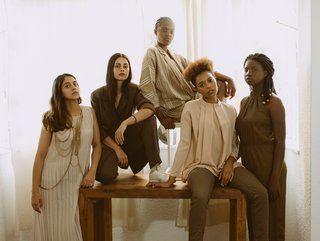 Photo by RF._.studio
Although “modest” progress has been made, McKinsey’s Women in the Workplace 2022 report highlights why employers are struggling to achieve gender equality

As women are demanding more from work, they’re leaving employers at an unprecedented rate to find what they deserve. As a result, we’re in the midst of the “Great Breakup”, according to McKinsey’s Women in the Workplace 2022 report.

What are the challenges employers face when striving for gender equality?

Although McKinsey reports “modest gains” in representation over the eight years in which they’ve been running the report, women and women of colour are still drastically underrepresented in corporate America.

The report highlights two of the main challenges that businesses face when striving to achieve gender equality: the “broke rung” and women leaders leaving companies.

The “broken rung”: Women are being held back at the first step up to manager by a “broke rung” for the eighth consecutive year. This means that only 87 women and 82 women of colour are promoted to every 100 men. As a result, there is a server imbalance of male and female leaders, meaning there are simply too few women to promote to senior leadership positions.

Women are leaving: Women leaders are not only leaving their companies at a higher rate than before, but we’re also seeing a larger gap between men and women leaders leaving their jobs than ever before. To put this in perspective, for every woman at director level who gets promoted, two women directors are choosing to leave the company.

Consequently, more women are reducing their working hours or deciding to leave the workforce altogether. In the past year, 29% of women have considered moving to a less demanding job, leaving employment or reducing hours, compared to 22% of men.

Why are more women leaving the workforce?

Although women have been found to be just as hungry as men when seeking promotions, they face much stronger headwinds when trying to advance.

Women are more likely to face microaggressions that undermine their authority, from being asked about their gender to being questioned as to whether they have children. Consequently, women leaders have their judgement second-guessed more, and feel that their ability to do their job is undermined.

Likewise, women leaders have been found to be overworked and under recognised compartment to male counterparts. “Compared to men at their level, women leaders do more to support employee well-being and foster diversity, equity, and inclusion—work that dramatically improves retention and employee satisfaction, but is not formally rewarded in most companies,” Mckinsey shares.

To put this into perspective, 43% of women leaders report feelings of burn out, compared to only 31% of men at their level.

The 2022 Women in the Workplace surveyed 333 participating organisations and more than 40,000 employees. Find the full report here.