What Mahsa Amini’s death could mean for women’s rights 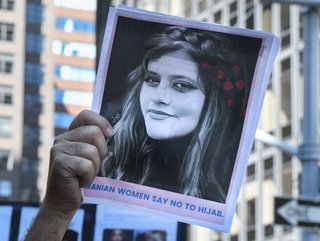 Credit: Getty Images/Stephanie Keith
The death of 22-year-old Mahsa Amini has sparked huge protests in Iran and across the globe, with women cutting their hair and burning their hijabs

Mahsa Amini was arrested by police in Iran for wearing her headscarf in a way that was deemed as ‘improper’. Witnesses have accused police of beating Mahsa, leading her to fall into a coma and later die.

Mahsa’s death has sparked women across Iran to protest by cutting their hair off in public to challenge the country's strict morality laws – risking their lives and arrest in doing so.

Who was Mahsa Amini?

Masha was a 22-year-old woman from Iran, who was arrested by the morality police for wearing her headscarf - or hijab - too loosely. In Iran, women are required to completely cover their hair with their hijab.

Masha was arrested on September 13 and collapsed at the police station – dying three days later.

Police have insisted that she was not mistreated and that she died of a heart attack. However, Mahsa’s family have cast doubt on the account and independent experts from the United Nations (UN) suggest that she was severely beaten.

As a result, Masha’s death has led to public outcry in Tehran, Iran’s capital, and 12 other cities around the country, as well as the United States and countries in the European Union.

What does Masha’s death mean for women’s rights?

Since the revolution in 1979, the Iranian government has enforced strict laws on women’s dress codes, dictating the styles and colours allowed.

However new generations of women have pushed the boundaries of these laws, often showing strands of hair or wearing the wrong kinds of outfits, which result in them being publicly harassed, intimidated and mistreated.

Masha’s death has catalysed these rebellions, with many women shaving their hair and burning their hijabs in an act of solidarity – which some believe to be a sign that Iranian women are gaining momentum to strengthen their rights.

“Women’s issues have long been a catalyst for broader political action in Iran,” said Annabelle Sreberny, professor emeritus at the Iranian Studies Centre at Soas University of London. “This could be it. It could be the moment when people motivated by all the problems facing Iran today, like rising inflation, ecological crisis and lack of democratic participation, coalesce around these women’s issues to challenge the regime.”

“The women’s movement in Iran started in the first month of the Islamic Republic and has been simmering for at least the last 20 years,” Annabelle continues. “It is seen as a carrier of socially progressive values… many Iranians see the women’s movement as having the potential to be the next social force to make waves.”

Years before Masha’s arrest and death, Iranian feminist journalist Masih Alinejad launched a Facebook group, My Stealthy Freedom, convincing women to take hijab-less selfies. Since, women have united by sharing pictures and videos of their hair – often in public.

Sepideh Rashno, a 28-year-old woman, is one woman who joined the movement, sharing a video of her uncovered hair on the bus just weeks before Masha’s death. As her video went viral, she was detained by police, beaten and forced to apologise live on national television.

“Control of the female body and oppression of women is not just a matter of policy of the current government,” said Azadeh Akbari, a researcher at the University of Twente in the Netherlands, “It is existential to the Islamic Republic and fundamental to its founding ideology.”