Would you ditch social media to improve your wellbeing? 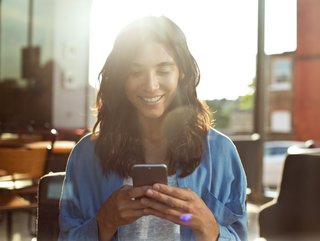 Credit: Lilly Roadstones/ Getty
Everything needs time to breathe and your mental health is certainly no exception. A bit of time away from social media could do you the world of good

Most of us will say that we spend too much time on social media – whatever that may personally mean. We’ll moan that we waste too much time scrolling through pictures of old friends on holiday, ex-colleagues getting promoted and ex-partners getting married. But why don’t we do anything about it?

One of the biggest pitfalls that platforms such as Instagram, Facebook and Twitter have, is that they cause us to compare ourselves with others. Even on our best days, we can open an app and see something that we’re ‘missing’, so we feel as if our lives are lacking, or that we’re not doing enough.

This comparison is what makes social media so dangerous. And it’s no wonder, as in the US, 69% of adults and 81% of teens use social media, according to the Pew Research Center – a worrying statistic considering excessive social media use has been linked to increased anxiety and depression.

Of course, the use of social media and the impact it can have on our health is a fairly grey area. But recent research has highlighted these three points:

But if you don’t think you’re quite ready to end the love affair with your phone, don’t worry. Here are our best four tips:

So, are you up for the challenge? We want to find out how you got on with your social media detox, so contact us here.

Remember, the overall goal isn’t to banish social media from your life altogether, but rather to give yourself a much-needed break.