Ageism: The forgotten factor of DE&I in the workplace 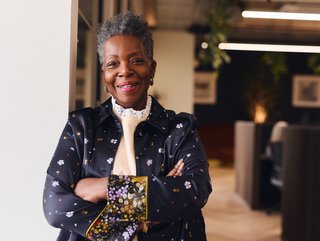 Credit: Getty Images
Three experts share their views on why ageism is an overlooked issue in the workplace, and how employers can tackle it

With organisations at pains to showcase their DE&I credentials, there remains one area of discrimination that is only expected to get worse as recession hits – ageism.

The forgotten factor when it comes to workplace diversity, older workers can expect to be hit by a triple whammy as the economic climate toughens.

As companies look to trim salaries, it is often the typically higher paid, more experienced staff that are the first to be fired. Secondly, this same age group are also the last to be hired – with companies instead taking advantage of hungry graduates desperate to get a foot on the corporate ladder. And thirdly, with digital transformation accelerated by a decade during the pandemic, often older workers find themselves lacking the skills expected from prospective employers who have seen their own goalposts shift.

Companies that pursue this strategy are not only missing out on the diversity benefits of a multi-generational team, but also risk breaking the law (Denmark is the latest country to adopt anti-ageism regulations when it comes to recruitment).

We spoke to three ageism in the workplace experts to get their take on the challenges and also advice on how companies can benefit.

Carl Honoré is a writer, broadcaster and two-time TED speaker. Published in 35 languages, his books on the Slow Movement and ageism have landed on bestseller lists around the world.

Recognising a gap in the market for a brand that answers the call of the ‘bet-your-ass-I-can’ over-50s, Lyndsey Simpson set up 55/Redefined to fly the flag for those who may be getting older but have no intention of slowing down.

Is age the forgotten factor when it comes to workplace diversity?

Older employees are routinely passed over for promotion, discarded first in hard times or fobbed off with unfulfilling work. Job interviews are harder to come by after you hit middle age.

Mark Zuckerberg once said “young people are just smarter” and nobody batted an eyelid.

LS: 100%. For the last 15 years, the diversity, equity & inclusion movement has gathered significant pace, but the mechanism that employers have focused on to generate change, is targeted measures around specific niche characteristics such as gender, race or disability. Often these are in competition with one another as the priority agenda. Age is the only leveller across all the niche characteristics, as we are all getting older, and as a workforce, at an alarming rate. Many workplaces have failed to understand or address this at all in their diversity strategies.

RL: Yes, age is often forgotten as a criteria for diversity. Ageism is also still a socially acceptable prejudice. These issues won't fundamentally improve until we change the way society feels about aging and we start to recognise what is positive and powerful about it.

What do older workers bring to an organisation apart from experience?

CH: Ageing can make us more socially adroit. We often get better at reading people, cooperating and negotiating, at putting ourselves in others’ shoes, finding compromises and resolving conflicts. No wonder productivity rises with age in jobs that rely on social smarts, as more and more do.

As we age, we get better at seeing the big picture, weighing multiple points of view and spotting the patterns that unlock solutions to thorny problems.

We also get better at turning risk into reward. Despite the fawning media coverage lavished on the Zuckerbergs of this world, studies show you're more likely to create a successful start up in middle age or beyond.

Embracing older workers is also the only way to build multigenerational teams, which tend to be more productive, more creative and better at solving problems.

LS: A worker in their 50s is 200% less likely to take a day off work sick than a worker in their 20s. Their drivers for work change – salary/financial rewards drop out of the top three reasons to work, thus stabilising wage inflation across a business. Overall happiness increases in your 50s and 60s thus enabling this age group to cope better with stress and have a more positive approach overall. There is also often a keenness in this age group to help others develop, thus the focus on upwards career progression, turns into focusing on purposeful activities that add value such as mentoring and coaching less experienced colleagues.

RL: Older workers bring so much to an organisation as well as all that experience - wisdom, knowledge about interpersonal relationships, clarity, understanding, and often a calmness of approach that can be incredibly valuable. They are often able to see the big picture and understand team dynamics better than anyone else.

How important is experience?

CH: Hugely! It allows us to spot patterns and join the dots. We can draw on past knowledge to make better decisions. Experience can also fuel creativity. That's why history is studded with people doing triumphantly creative work in later life, from Michelangelo and Matisse to Beethoven and Bach. It's also why companies with suggestion boxes report that older staff generate more good ideas, with the best ones often coming from the over-55s.

Maya Angelou was right: “You can’t use up creativity. The more you use, the more you have.”

LS: Massive. And not just from a technical/professional stance of experience in a role or industry, but in life overall. Negotiation skills have been honed not just at work but by negotiating with a toddler to eat broccoli! Personal lives have been touched by bereavement, disability, joy and despair enabling a level of empathy and understanding with colleagues and customers who are going through these experiences themselves, often for the first time.

Sadly, there is an army of 50+ professionals leaving industries with massive sustainable skills gaps in their wake. A chronic underinvestment in bringing people through year after year has created a cliff-edge for many sectors that relied on this group of professionals who are all now in their 50s & beyond. The good news is this cohort want to stay working and a number will need to continue to work into their mid-70s which means we have time to reverse this underinvestment and train the next group coming through, but only if employers are prepared to embrace and flex to keep older workers in their workplaces for 10 years longer than they planned for.

RL: I believe experience is very important and often gets overlooked in our youth-centric society. We need all ages, but there is a lot to be said for the experience of older people.

What are the main barriers when it comes to recruitment for older workers?

CH: The chief barrier is ageism. Animated by the cult of youth, companies are disinclined to hire older workers. Which is especially absurd at a time when so many jobs are going unfilled.

The expectation that older workers must be paid more is another barrier. People should be paid based on what they bring to the job, not on how many years they've been doing the job.

LS: We commission researched into this exact topic last year to examine workplace ageism and found that in relation to recruitment, the key barriers were:

RL: Ageism is the main barrier. Older workers are often seen as not so valuable. Their experience may be dismissed in favour of younger workers. There are so many preconceived ideas and misconceptions about older people, which are often made worse by the media and society at large. It is difficult for older workers to be seen for who they actually are, given all the negative stereotypes about older people in general.  Anticipated higher wages for older people can also be an issue. But this may not necessarily be the case as older workers may be happy to accept the salary for the position itself, rather than going in with an idea of what level of pay they should be at.

Is there an imbalance with older employees tending to be in more senior positions? Is that a problem?

CH: There is an imbalance. But that is not an entirely bad thing. After all, it's often easier to play a senior role when you can lean on the experience, social acumen and other strengths that come with ageing.

That said, older people should not have a monopoly on senior positions. Some people are more than ready to lead when they are young. The aim should always be to fill senior positions with the best people, whatever their age.

LS: It differs between industries. If you are a bank, then yes there is definitely a lean to older employees occupying the most senior roles. However, if you are a supermarket, the reverse is true. It is a problem when the reason for the imbalance is a false stereotype that older workers are more expensive. 92% of this age group will take a pay cut to retrain into a new role or industry.

RL: Senior positions often come with experience so I don't see any imbalance here as necessarily being a problem. I think it of course depends on the type of organisation and the experience required at a senior level.  Where I do see an imbalance is the lack of older women in senior positions. The higher up most organisations we go, the more white and male the team is.  Organisations need to enable older women to both stay in the workplace and progress in it.

What should organisations be doing right now to tackle this?

CH: Nothing shoots down stereotypes like getting to know the people being stereotyped, so get the generations mixing more within your organisation. You can do this through reverse mentorship schemes or mixed social events.

Remove ageist language from your recruitment material. If older people read that you're looking for a "geek" or a "rock star" or someone who is a "recent graduate" they won't apply.

Trumpet the successes of your older employees, tweak your recruitment algorithms to remove all ageism prejudices, and make your workplace physically comfortable for older bodies (younger workers will love this too).

LS: Understand the topic. We host a free, cross-industry, Age Pioneers Action Panel for HR Leaders keen to learn more from each other. This includes the likes of Unilever, EY, Capita, Dentsu, Boots etc and allows industry to create a coordinated response to an ageing population and thus ageing workforce.

Look at their data. How many employees over 50 do they have? How many were hired in that age group vs just long service? How many have received training/re-skilling? Where do they drop out of the recruitment process?

Create an Age Diversity strategy. What actions do they need to take to attract, engage, retain & retrain over-50s talent and where do they want to move from and to as their strategic ambition to create a sustainable workforce.

Does the organisation itself actually undermine older workers? Is there a youth culture? Do older workers get ignored or included? What is the water cooler chat about older workers? All too often there can be open prejudice against older workers that would be completely unacceptable if it were around race, gender, sexual orientation, disability etc. Ageism is still a socially acceptable prejudice.