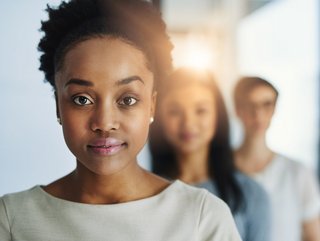 Credit: Getty Images
The gender pay gap is wider for minority ethnic women and those in management positions, according to research from Labour and Business in the Community

Many women from ethnic minorities in the UK stopped earning two months before Equal Pay Day, according to data from the Labour party.

The Fawcett Society marked November 18 2021 as Equal Pay Day – the day in which the average woman stops earning relative to her male counterparts due to the gender pay gap.

However, analysis of ONS data by Labour found that Equal Pay Day for Black African women falls on 27 September, equalling a 26% pay gap compared to the average male worker.

Anneliese Dodds, the shadow women and equalities minister has called on the government to introduce mandatory ethnicity pay gap reporting.

“The pay gap for all women is already bad enough; disturbingly, these figures show it’s even worse for many Black, Asian and minority ethnic women,” she says. “It’s no surprise that so many Black women are struggling with the cost of living crisis when many earn a fifth less than men.”

How does the ethnic pay gap impact managers?

Managers from ethnic minorities, particularly those with Black African, Indian, Chinese, Pakistani, Bangladeshi and mixed-race backgrounds, are likely to face higher pay gaps than other employees, according to data from the Business in the Community (BITC) Race at Work survey.

Steep pay gaps occur in management roles held by ethnic minorities, with some exceeding £4,000 per year. Managers with Chinese backgrounds were shown to face the most significant average annual pay gap of £5,911, receiving a median annual gross income of £22,500.

However, with the cost of living crisis growing, employers are being urged to tackle the ethnic pay gaps at all levels of employment. Like Anneliese, Suki Sandhu, CEO and founder of INvolve and Audeliss, explains that more businesses need to report their pay gaps.

“INvolve recently found that 95% of employees are willing to share the data needed for companies to report on their ethnicity pay gaps, which is incredibly encouraging and suggests a real appetite for change and transparency across businesses,” Suki says. “We’ve seen how gender pay gap reporting has impacted representation for women, we need the same momentum for ethnically diverse employees”.