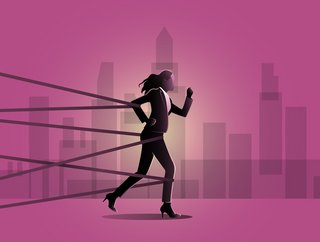 Credit: Getty Images/Andry Djumantara
The ATO has shared the gender pay disparities in the nations top jobs, showing that in some careers, men take home $200,000 more than women

The Australian Taxation Office has recently revealed the pay of the most common jobs in Australia – and their gender pay disparities.

The top three most sought-after jobs are in the medical field: doctors, anesthesiologists and internal medicine specialists – and in all three disciplines, men earn more than women.

Jobs that were placed between fourth and tenth include, financial dealers, other medical specialists, psychiatrists, legal professionals, barristers, mining engineers and financial investors.

As the data only included the most common jobs in Australia, a journalist from news.au.com looked into the pay disparity between the biggest jobs – the first being sales assistant. Although sales assistants earn significantly less than barristers, doctors and consultants, there is a still an apparent pay gap with women making $33,308 a year, and man $35,797, on average.

Why do some sectors have disproportionate gaps?

Of course, the gender pay gap isn’t just an issue that effects Australia – it’s a global problem that needs to be addressed. Across the planet, there are a number of organisations and businesses striving to achieve equality for women. Likewise, businesses can prioritise promoting women to leadership roles to reduce the gender pay gap, according to research.

At the current rate of progress, it will take 132 years to reach full gender parity, according to The World Economic Forum’s (WEF) Global Gender Gap Report 2022. Although this data seems disheartening, it does represent a slight four-year improvement compared to the 2021, when parity was estimated to be achieved in 136 years.

“Achieving real gender equality — in law, in practice, in the home, and in the economy — is a challenge that this generation must rise to,” says Aaron Holtz, Director for Gender Equality and Inclusion at Global CItizen. “To achieve the UN's Global Goals and to reap the benefits of a more equitable and fair world, society needs to put more value behind the talents and contributions of women and girls.”