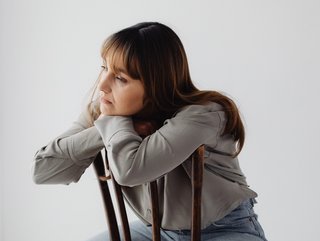 We’ve all experienced failure several times, whether that's not passing an exam, not getting the job or not impressing the boss with a presentation. So, in theory, we should all be used to failure by now, right?

Unfortunately, this isn’t the case, as Stanford University sociology professor Shelley Correll perfectly demonstrates. In a study, she found that women in STEM disciplines hold themselves to higher standards than their male peers. The women felt that they were being assessed on attributes that were more favourable to men and therefore became more anxious about failing – proving these stereotypes right.

Similar studies litter the internet, highlighting the many ways in which women are filled with doubt, contributing to them adopting a perfectionist mindset, while deeply fearing failure. This is particularly prevalent in the workplace, with the fear of failure actually being proven to be more common than other typical fears, such as spiders and the paranormal.

But it doesn’t have to be like this – so when you’re experiencing moments of doubt, try these tips.

It’s human nature to fail – even the brightest minds in history have experienced recurring failures. Thomas Edison, for example, was faced with numerous failures when he was testing lightbulbs. But when asked if he regretted any, he famously responded with: “I have not failed. I’ve just found 10,000 ways that won’t work.” Although not all of life’s failures can be met with the same level of optimism, the positive outlook must be admired.

Embracing a mindset that allows you to positively welcome failure will create a safe space for when you inevitably do so. In fact, individuals at successful organisations are more than twice as likely than their peers elsewhere to strongly agree that their employer would reward appropriate risk taking, according to McKinsey research.

Goal setting is one of the most fundamental aspects you can implement to ensure you’re setting yourself up for success. Firstly, understand the difference between approach goals and avoidance goals. Psychologists have found that approach goals, which will motivate you to achieve a positive outcome, are significantly better for our wellbeing, and set us up to succeed. On the other hand, avoidance goals are more likely to fill us with dread and consequently influence us so we’re less likely to succeed.

Understand that you’re not alone

Fear of failure washes over us all from time to time – whether we know it or not. For example, research has shown that women will only apply for a job if they meet 100% of the job criteria, whereas men will apply if they meet just 60%. The fear of failing has been described as the second greatest reason why women don’t apply for these jobs – they don’t want to put themselves in a position that sets them up for failure.

Understanding that you’re not the only one who experiences these self-doubting feelings can be comforting. In fact, social network Linkagoal found that 31% of 1,083 respondents felt fear of failure – a larger percentage than those fearful of spiders (30%), the paranormal (15%) and being home alone (9%).

Learn to understand your fears

Whatever your fear may be – speaking up in a meeting, applying for a promotion or starting a side business – there is a reason why you’re feeling doubtful. Author Tim Ferriss has suggested writing a list of what makes you fearful of a situation, to then follow it up with descriptions of why. This exercise will not only help you understand the root of your fears, but it will help you understand that the fear is only false evidence – it hasn’t actually happened. Your mind is therefore telling you a story that simply isn’t true. To change the narrative, ask yourself the following questions: What could I learn from the situation?

If the fear of failure is impacting your professional performance and your personal life, one of the best things to do is to talk about it. Although it may feel like a difficult conversation to bring up with your boss or an HR representative, it’s important that your workplace understands the way in which you are feeling, so they can provide the right support. For example, if you feel that micromanagement is contributing to your fear of failure, an HR representative will be able to handle this accordingly. In fact, micromanagement and ineffective delegation from leaders has been shown to stifle employee creativity, decrease productivity and create huge costs for businesses, according to McKinsey.