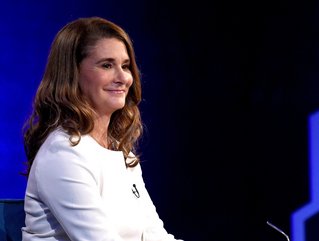 Getty Images/Bryan Bedder
Melinda French Gates, founder of Pivotal Investments, shares what she believes to be the greatest setbacks that women face

Philanthropist Melinda French Gates is well renowned for her generosity, while fiercely advocating change for women, children and the elderly. Recently, the billionaire has set new aims through her non-profit Pivotal Ventures, to deconstruct the barriers that women face in both society and the workplace.

“All over the world we’ve set up these social norms, these barriers that hold women back, sometimes that are designed to hold women back,” she says. “Women have to figure out ways to push through these structural barriers.”

Prioritising care for children and the elderly

Pivotal Investments has invested millions of dollars to improve the care of children and the elderly in the US, as caregiving responsibilities are one of the major barriers that ambitious women face. In the US alone there are more than 53 million unpaid caregivers, most of whom are women, according to the National Alliance for Caregiving and AARP.

In 2019 alone, Pivotal Investments contributed $10mn to Papa, a company that enables college students and older adults to connect to access transportation and help with household chores. Melinda says: “It’s basically taking two parts of the economy—young people with talent and energy and people who are homebound—and putting them together.”

After the recent overturn of Roe v Wade, Pivotal Investments has been searching for various ways to support women’s health, for example, by investing in healthcare start-ups, to ensure women can access vital reproductive healthcare services. When asked about the recent decision in Dobbs v. Jackson ruling, Melinda said: “You cannot roll back such an enormous health care law for women and say it’s not a major step back. You just can’t.”

Yet she continues to state that the issues of women’s health need to be addressed by seeing a more equitable courtroom. “I look at the root cause. What’s the systemic issue? The systemic issue is that we don’t have enough female politicians in our country. We’re not at gender parity, and we’re not close. So when I look at that Supreme Court bench, I think about how we got there and who put them on there. It was a male-dominated Senate that put them there,” Melinda says.

“We have to get more funding for female politicians at all levels, and we have to look at the barriers that keep them from getting there,” she adds. “Until we get women represented in all seats of power, you’re not going to have representation of society on the Supreme Court. Because if you look at how Americans actually feel about Roe v. Wade, no matter which side of the aisle they’re on, what was done doesn’t represent what people believe.”