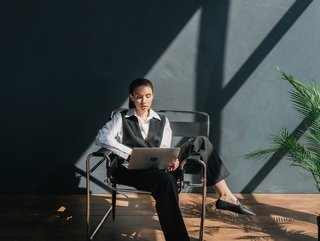 Credit: Getty Images
Over the next two weeks, we’ll be exploring why there are too few women at C-level, and how we can encourage more to enter the space

Before women reach C-level, they need to navigate their way through the corporate ladder minefield. From unconscious bias and misogyny to the gender pay gap and lack of female role models, you may be starting to feel that women face obstacles at every corner of their career journey, making it near impossible to achieve high-level positions – and you wouldn’t be wrong.

At the start of the career ladder, women appear to be ahead of the race, representing 57% of recent college graduates. However, as we move further up, the representation of women declines – starting as early as entry level positions – until we’ve climbed all the way up to C-level. At this point, only one in five C-suite leaders is a woman (21%), but worse still, fewer than one in 30 is a woman of colour, according to McKinsey. Women of colour therefore account for just 4% of C-suite leaders, a figure that hasn’t moved significantly in the past three years.

To put this in perspective, for every 100 men promoted to manager, only 86 women are promoted to the same level – or 89 white women and 85 women of colour – meaning there are far fewer women to be promoted to higher levels. Largely because of these gender gaps, men end up holding 62% of manager positions, while women hold only 38%.

“Creating a C-suite which is diverse and inclusive is of the utmost importance,” says Louisa Murray, Chief Operating Officer (UK and Europe) at Railsr. “Having employees with diverse backgrounds and experience opens up the opportunity for new ways of thinking to be included across all levels of the business. If done correctly, this can be an opportunity for businesses to excel in innovation and its overall approach.”

Although there are many factors that contribute to this inequality, one study led by Professor Kelly Shue found that women are judged on their leadership potential more so than men, making them 14% less likely to be promoted each year. Her research continued to show that women tend to receive low ‘potential scores’ from managers, even if they scored higher performance ratings overall.

The sad truth is, however, that it’s not just managers that underestimate women – we tend to undersell ourselves, too. So much so that data suggests that women have been reported to rate their performance 33% lower than equally-performing male counterparts.

Career breaks are another factor that contributes to women’s uphill struggle, as they typically affect women more due to caregiving duties often falling on them. In addition, research from Vodafone UK found that a third of people returning to work after a career break suffer from confidence dips – which are twice as prevalent in women.

The path to equality

Reserving more seats for women at C-level certainly doesn’t have a ‘one-size fits all’ answer – however there are numerous strategies that can be taken at various levels of a women’s career. “Firstly, more should be done early on throughout school and university to encourage and attract women into C-suite roles,” says Louisa.

“Secondly, it is our duty as women in these C-suite positions to attract others in. However, this can only be done through strong leadership, strong female representation and commitments at an organisational level.

“I feel strongly about this and have continued to make a personal impact by proactively hiring women into the industry. My personal view is that it’s not only imperative to hire women into junior roles, but it’s also incredibly important to give women who have had career breaks a way back into the industry, especially if we’re serious about greater female representation higher up the ladder.”

In a more positive light, 44% of companies now have three or more women in their C-suite, a figure that has increased from 29% in 2015. According to McKinsey’s Women in the Workplace report, adding just one woman to the C-suite can make a remarkable difference, especially considering the vital contribution senior executives play in shaping the business and company.

The report continues to state various ways in which businesses can increase the number of women on their C-suite leadership team – the first being to employ more women at the first-level management stage. Although roughly a third of companies set targets for the representation of women at first-level management, they need to take a more aggressive approach to achieve the numbers – for example by publicising targets and results of growth.

To counter the obstacle of a woman’s own self-doubt, managers can make the step-up to senior positions seem more accessible by providing training and support. By ensuring these building blocks are in place, women will feel more confident to apply for promotions or higher-level jobs.

The final layer to consider is implementing unconscious bias training. Although this can help increase the diversity pool at any level of an organisation, unconscious bias plays a particularly important role when deciding who gets hired, promoted and left behind.